Hello Everyone, it’s Esther and Resla working on Speakerinnen. We come from Nairobi, Kenya: The Green City Under the Sun.

Team Techylite is originally made up of three ladies, Resla Wesonga, Esther Monchari and Dorcas Adhiambo. To get a clear picture, think about The Three Musketeers, The Three Stooges or Destiny’s Child. For the summer of code, however, Resla and Esther will be working on Speakerinnen. 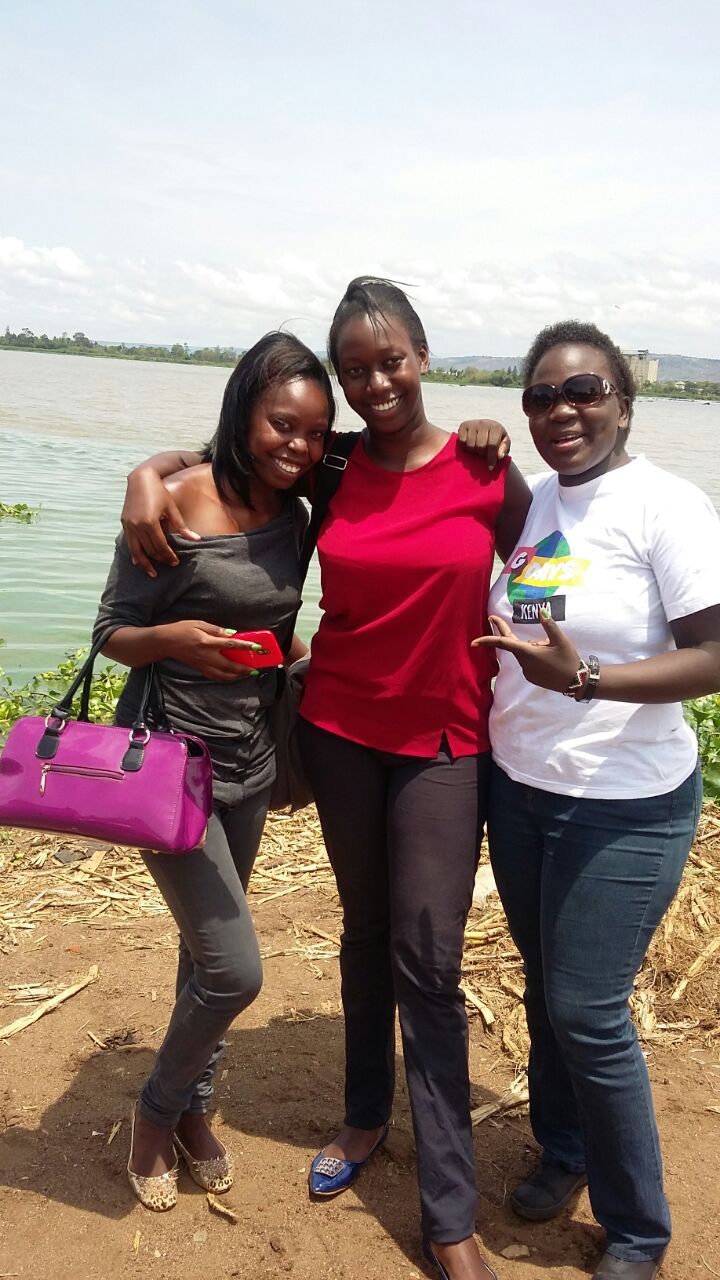 Why “Team Techylite”, What does it mean?

Early last year, on a chilly Tuesday morning, we met in a small room that then housed the Nairobi Developer School. We were all new to Ruby programming and all the the new things our instructor, Njira Perci, told us sounded foreign and cool to know. Within a week we were friends. We took the less traveled path and decided to keep on with programming even when our peers dropped out along the way. We expanded and even learnt about Android and created a few mobile actions. Esther and Dorcas had previously done Programming with Android and they kept working on this path.

How we came up with this name is actually a funny story. It was inspired by the word “socialite”. Just as socialites attend social events we attend all tech events thus the name Techylite. There are a few women in the Kenyan tech space so the women who are present are conspicuous. When we attend events, we always show up in three and we have even been nicknamed the three musketeers. There is a Swahili proverb that says ‘Ukiona zinduna na ambari i papo’ that applies to us. If you see one of us, the other two are just round the corner.

How did you hear about the SoC and why did you apply?

About May this year, we came to hear about Rails Girls Summer of Code(RGSoC) in two different and related ways. Esther read a post on the iHub blog that encouraged women to apply for this year’s edition of RGSoC. Resla was encouraged by a friend who had read the blog post to apply for it. Dorcas was out of town working on a different project. When we(Esther and Resla) met to catch up on what we had been doing, we had a similar idea of what we wanted to do. We both wanted to improve our Ruby on Rails Skills.We decided to put up our application and as luck may have it, we got a spot in this year’s batch. We went ahead and asked our first teacher of Ruby Programming, Perci, to continue what she had started and she gladly accepted to be our coach during the period.

What project are you working on?

This summer (It’s actually the Cold Season in Kenya.) we will be working on Speakerinnen, a website that helps conference organizers find women speakers and moderators. We chose to work on Speakerinnen because we personally identify with the problem they are solving. We attend tech conferences and most of them have very few female speakers or none at all and when we saw what Speakerinnen was doing, it was our first bet. Shout out to Maren Heltsche, our mentor, and the rest of the team for the wonderful work you are doing.

We will start the summer by first learning and running tests on our own mini programs, both TDD and BDD. The current speakerinnen tests are written in Cucumber and we want to change them to RSPEC. Afterwards, we want to work with Ruby Internalization to create a Swahili version of the site so we can help East Africans find women in tech speakers for their conference. We are generally new to the idea of Internalization and we are looking forward to learning a lot about it.

What are you most looking forward to this summer?

We are looking forward to an awesome summer of code. We hope to improve our programming and learning curve. We have already had several meetings with the awesome team we are going to work with: Maren, our mentor; Alex, our supervisor; Percilla, our coach, and the entire RGSoC team. They are all friendly and eager to help us through the whole process. We look forward to an exciting summer.