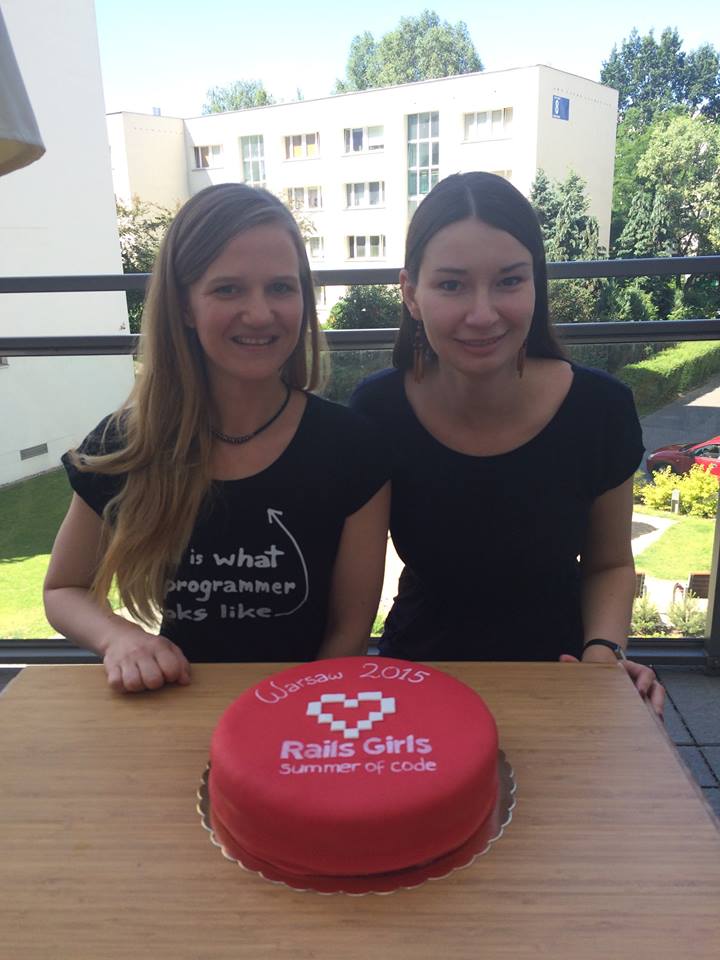 Hello! It’s Ania and Basia and we are team GirlsCodersWarsaw from Poland. We work at the CodeQuest office in Warsaw on the RubyClerks project. We are supported by two coaches here at CodeQuest - Jarek and Łukasz and also by two remotely coaches - Tomasz and Piotr.

Two young women with different background and different life experience, but with the same idea for life: become a coder.

Ania: Coding was always in my blood. I built my very first webpage about twelve years ago. It was written in Windows Notepad, pure HTML with a little bit of CSS. Though, when I went to high school I forgot about it. Because, as I believed, web development was not for girls. I graduated from Psychology but started to work as an editor and copywriter. About a year ago I decided to attend the Rails Girls workshop in Łódź. There I saw a completely different world and found out, that I could be whoever I wanted to. I continued learning coding and decided to go for broke and apply for the RailsGirls Summer of Code program. And here I am! :)

Basia: Hi, I’m Basia, I am 31 years old and I have been learning programming for more than a year :) Before that I was managing a yoga school and a company producing artistic cakes. I have background in humanities; I graduated from Polish philology. I’m a mom and I raise my daughter myself (she’s 12). This is a very important experience in my life! For the year I have been learning programming I have worked as the creator of artistic cakes. I baked the cake that is visible on the picture above :) Now I’m here, intensively learning and finally I can focus exclusively on coding. This is what I needed, yay!

Why “Team GirlsCodersWarsaw”, what does it mean?

Our team’s name is pretty straightforward. We are girls, who have become coders as well, and are located in Warsaw, so the choice was simple. Later we came up with the name SzynyDziewczyny which is just a literal translation of Rails Girls and it sounds really funny in polish. But unfortunately, it was too late to change the name.

How did you hear about the SoC and why did you apply?

Ania: I heard about RGSoC during the RailsGirls workshop in Warsaw in February. There was a lightning talk given by one of the coaches, Karolina, who took part in the program last year and was very enthusiastic about it. I thought I also would like to take part in such a program, but it was just a pie-in-the-sky idea until I started attending .Class workshops. There, I met Basia again, with whom I got acquainted with at the RailsGirls workshop in Łódź last year. She asked me, if I wanted to become her teammate for the RGSoC this year. I agreed without hestitation, as I already planned to quit my current job.

Basia: I heard about the RGSoC last year after my first Rails Girls workshop. I applied then, but didn’t get accepted. Today I’m not upset about it, because I really needed this year (or even more) to become friends with rails and ruby. That time gave me confidence and ensured me that I really want to code. I realized, that I like it more and more. For over a year I have been doing everything to become a programmer. RGSoC is my bridge between self-learning and real programming. I’m very happy that I am where I am.

What project are you working on?

We are working on RubyClerks which is a web application built in Rails. The application allows to run an e-shop. We will be working on payment engine based on stripe, but first we want to review our knowlegde of rails and frontend by building our own training apps step by step. Then we will dive into rails engines, stripe, haml, and test driven development - rspec. We chose this project because it is mainly about rails and we want to learn most about it.

What are you most looking forward to this summer?

Ania: I really want to learn as much as possible in order to be ready to work as a programmer in the future. What’s more, I want to get to know RubyClerks app well because I aim at building an e-shop for my dad’s business. I’m also looking forward to meeting a lot of positive people from rails community and it has been already happening. It’s going to be an exciting summer!

Basia: This is a really big adventure for me! I want to learn learn and learn, I want to take advantage of the expertise and big experience of our coaches. I hope that this Summer of Code will help me to become a junior web developer in some awesome company like code quest <3 I also take a lot of energy from this program. I love to read daily logs of other teams - it’s very supportive, that there are so many amazing women who learn intensively just like me right now. I’m going to get drunk with that atmosphere, it is great fuel! Rails Girls community is really the best! 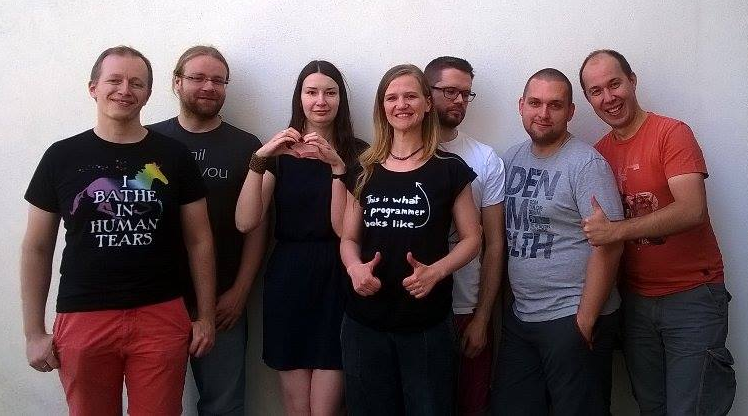