Attending the Ruby Conference in Portugal

During the Rails Girls Summer of Code we obviously spent most of the time, when the sun was shining, inside and in front of the screen. We tried to have as many meetings as possible outside in the sun, but often rescued ourselves again into the cool and shady office to actually see something on the screen or to not melt away. To still be filled up with enough Vitamin D, having the hard Berlin Winter ahead of us, it was great news when we got the approval to join the Ruby Conference in Portugal. Having had all the Rails Girls Summer of Code Support the last weeks and months we already experienced to grow into challenges. Having the “Why Not?”-Mindset additional to this, it was no surprise that not only our team, but also the other Rails Girls Summer of Code Team from Egypt, Ruby’s Secret, wanted to take the challenge of talking on stage on the conference. We got the possibility to have together 40 minutes on stage! 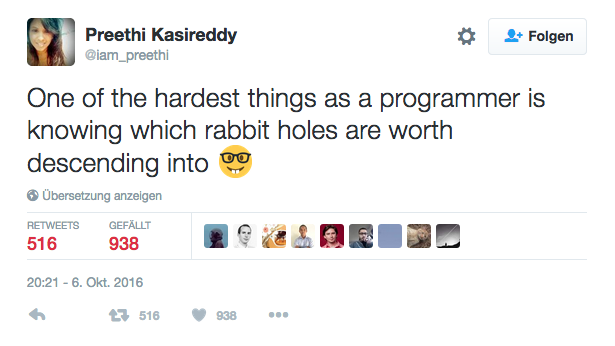 Wise words about falling into Rabbit Holes as a Coding-Newbie! (Image: Screenshot of Tweet by @iam_preethi )

The topic we chose for our talk was “Falling into Rabbit Holes”, because this seemed the quintessence of the whole Rails Girls Summer of Code experience. Thea, being a part of LoadtoCode and Mayar, being a part of Ruby’s Secret shared their individual Rails Girls Summer of Code experience with the audience. For a wrap up the other team members had their personal shoutouts: Marie from LoadtoCode, made clear that, now being in the process of changing careers and becoming a programmer, she is not automatically a person with superpowers and remembering everyone of the fact that everybody can learn it and this message should be spread instead. Nada from Ruby’s Secret was presenting really big goals, for example to have 100 female coders in Cairo within 1 year - support this mission with mentioning #1year100women! As this goal wouldn’t have been big enough already she also invited everyone to a Ruby Conference happening in Egypt in 2017. One goal the team from Egypt already achieved though and this is to have the travel expenses to Portugal funded by the crowd - check out the awesome video they made to ask for support! 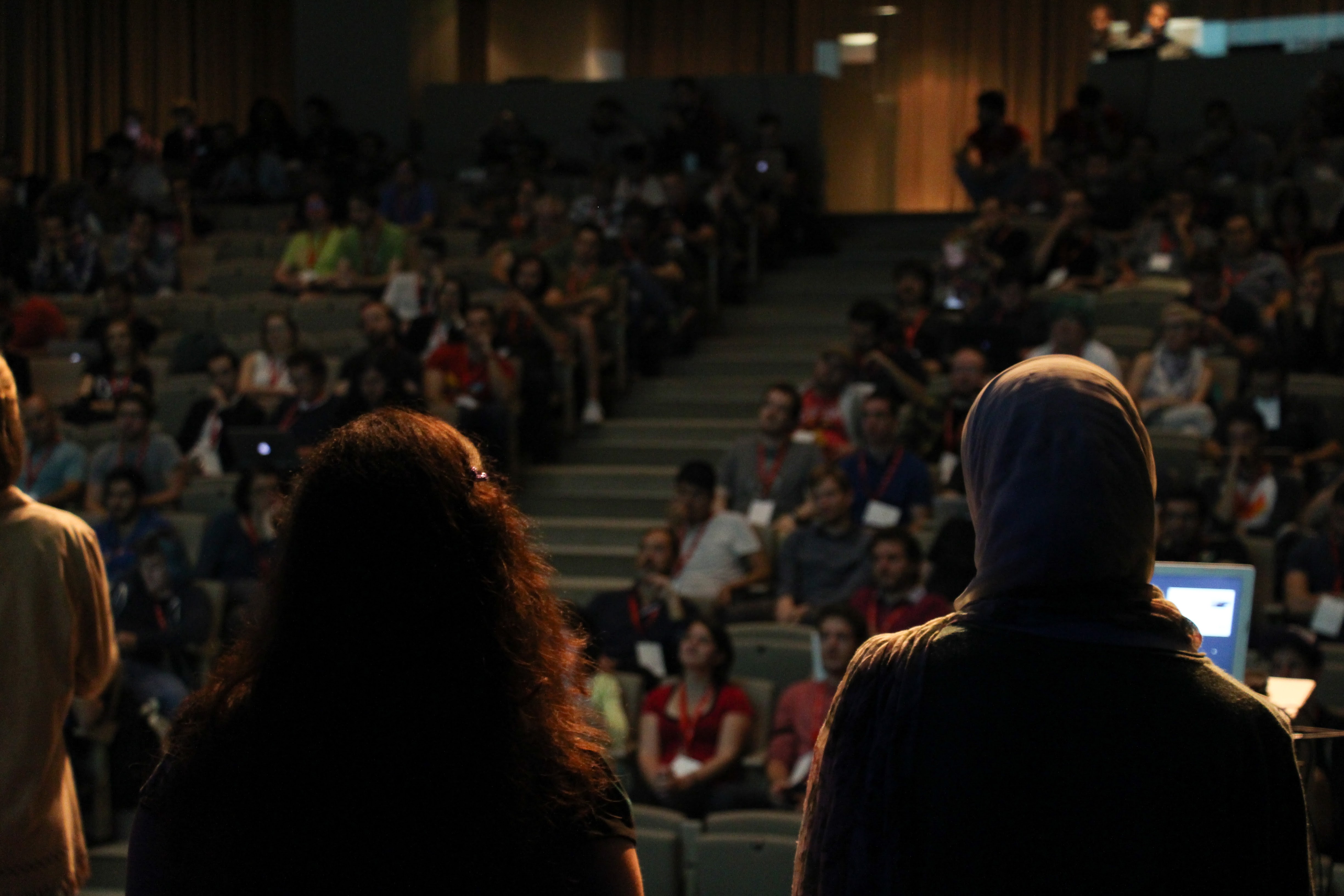 The Rails Girls Summer of Code Women on Stage at the Ruby Conference in Portugal (Image: Picture taken by RubyConf Portugal )

The People behind the Conference, mainly being part of subvisual, were very welcoming and caring - we were even invited to a super delicious dinner for the speakers, where we were lucky enough to share the table with awesome people like Martin Fowler, Hiro Asari, Pat Allan and Tobias Pfeiffer. The Ruby’s Secret Team even got a Selfie with Aaron Patterson.

The most interesting thing about the conference that we strongly felt is “Diversity”. We met so many people from different countries, with different cultures as well as backgrounds and speaking different languages but having one thing in common which is programming.

We are super grateful for this opportunity and experience. It was awesome to realize how big the Rails Girls Summer of Code community really is, because a lot of people at the Ruby Conference in Portugal participated in some way in the past, and to also have had the support and patience by the rest of the audience. 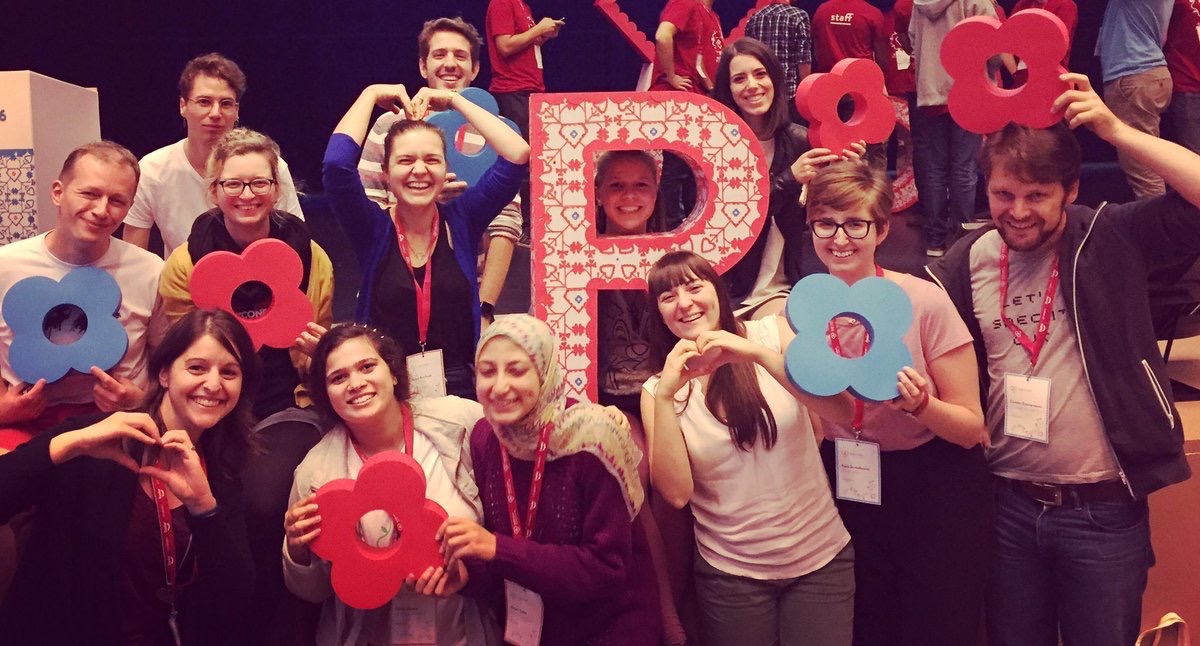 Four generations of Rails Girls Summer of Code in one photo! (Image: Tweet by RailsGirlsSoC)

What more to say? Stay tuned, since the LoadtoCode Team will be hitting to the GoTo Conference in Berlin and also write about that experience as well.