So GOTO Berlin meant two days of conference in Berlin on November 14th & 15th, and it is all about learning, networking and meeting developers. But it was not just another conference. Not only Team LoadToCode from Berlin was attending, but also Team Team Twitches from New Delhi/India and Team Ruby’s Secret from Cairo/Egypt \o/!

Happiness was in the air when Mayar from team Ruby’s secret and Taneea and Vrinda from team Twitches were informed that they won the diversity grant tickets, having already vowed that team Ruby’s secret will always be united, Nada decided to launch a crowd funding campaign to travel to Berlin and in just 4 days the total expenses were raised. For Nada going to GOTO wasn’t just meant to but with a little bit of persistence and the support of the amazing community of RGSoC and GOTO, Ruby’s secret were reunited.

Nada was endlessly grateful for the support: Thank you <3 <3 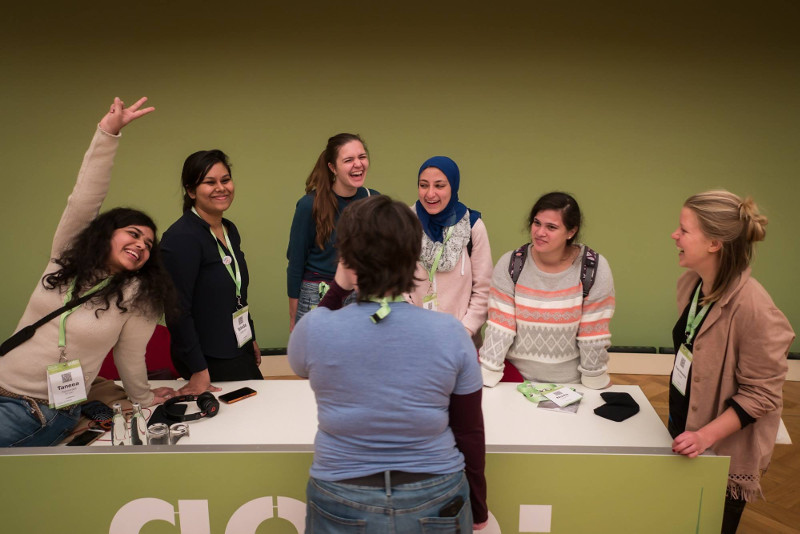 All the teams on GOTOber stage with Carina C. Zona (Image: Team LoadtoCode)

Spending time with the extraordinary Carina Zona led to very inspiring conversations you can find out more about her here. Seeing her on stage for the final keynote on Tuesday was definitely one of the highlights. It was about engaging in a critical approach towards algorithms and the unintended effects they might have on users. 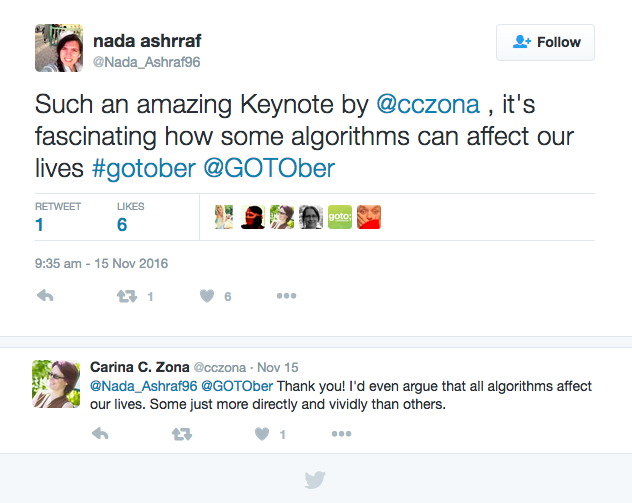 Nada shared her thoughts on the talk in a tweet

Sal Freudenberg has given a very personal talk about autism, raising awareness of neurodiversity within all the different people and colleagues, especially in tech environments & companies. 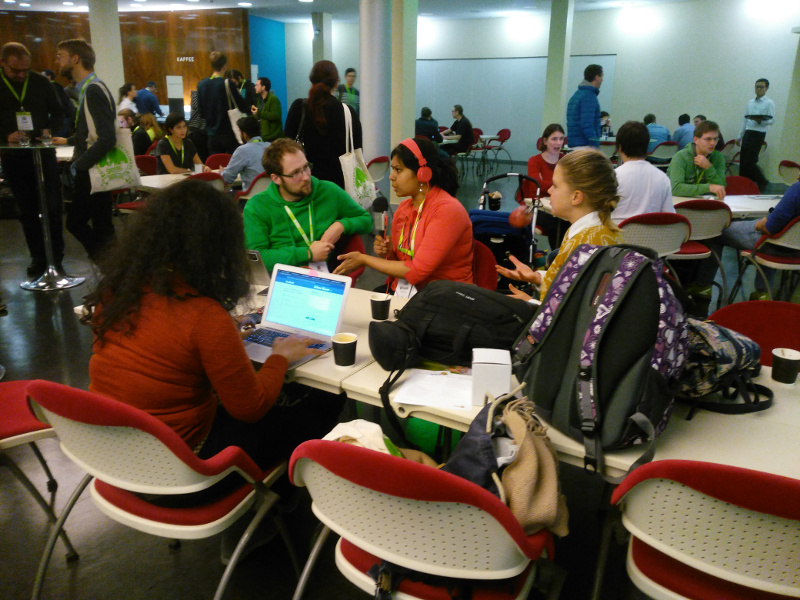 So we ran into Tobi again, after meeting him at RubyConfPt as a speaker! He joined our second podcasting episode and did a spontaneous interview with Vrinda. Tobi is a coach at RubyCorns, a weekly study group of the Rails Girls Berlin chapter and took part in previous RGSoCs!

With Women Who Code Berlin director 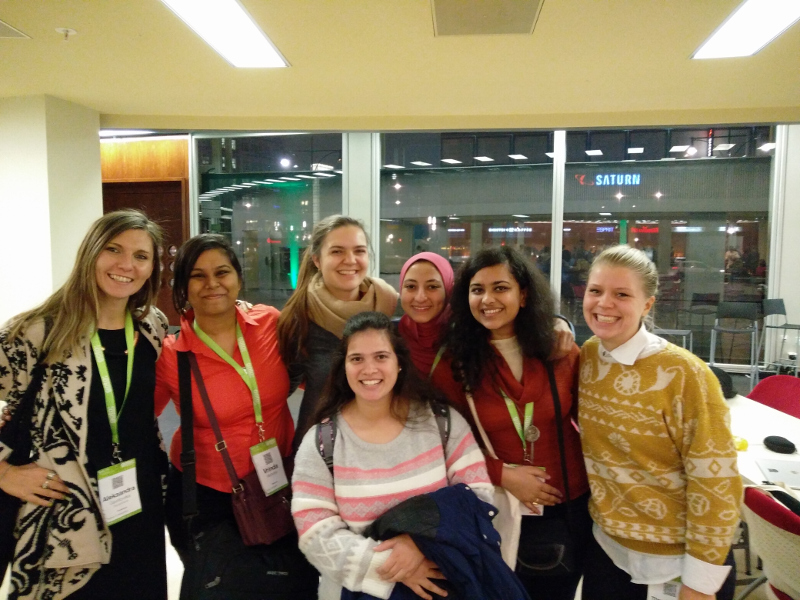 We also met Aleksandra, who is one of the directors of Women Who Code Berlin, that are organizing really cool events for women who are coding or who are interested in doing so! We got invited to join the meet up later that week!

Company Stalls At The Conference

Along with the attendees of the conference, there were company stalls that were showcasing their work at GOTO Berlin. Some companies like Thoughtworks and eBay were present. The stall tables were usually laden with give-away stickers or pens or cards that were strategically placed to invite the attendees to visit the stall. What was next was that the people manning the stall would tell you about their company or product and encourage you to use it or visit their site. Some companies were especially helpful for students in giving away internships.

It was the first time Team Twitches was traveling abroad. While we’d expected that the trip to Berlin wouldn’t be easy to forget, we didn’t realize that we would have so much fun! Berlin was a sure highlight, but nothing tops the conference, and the diverse set of people we got to meet. We heard inspiring stories, made new friends and realized that mansplaining happens more often than you’d think (thanks to Carina C. Zona). Overall, pretty productive couple of days, eh?

And NOW: start you own podcasting episode for #RGSoC