All things Ruby at the RubyConf India 2017

Posted on February 7, 2017 by Taneea S Agrawaal and Vrinda Malhotra 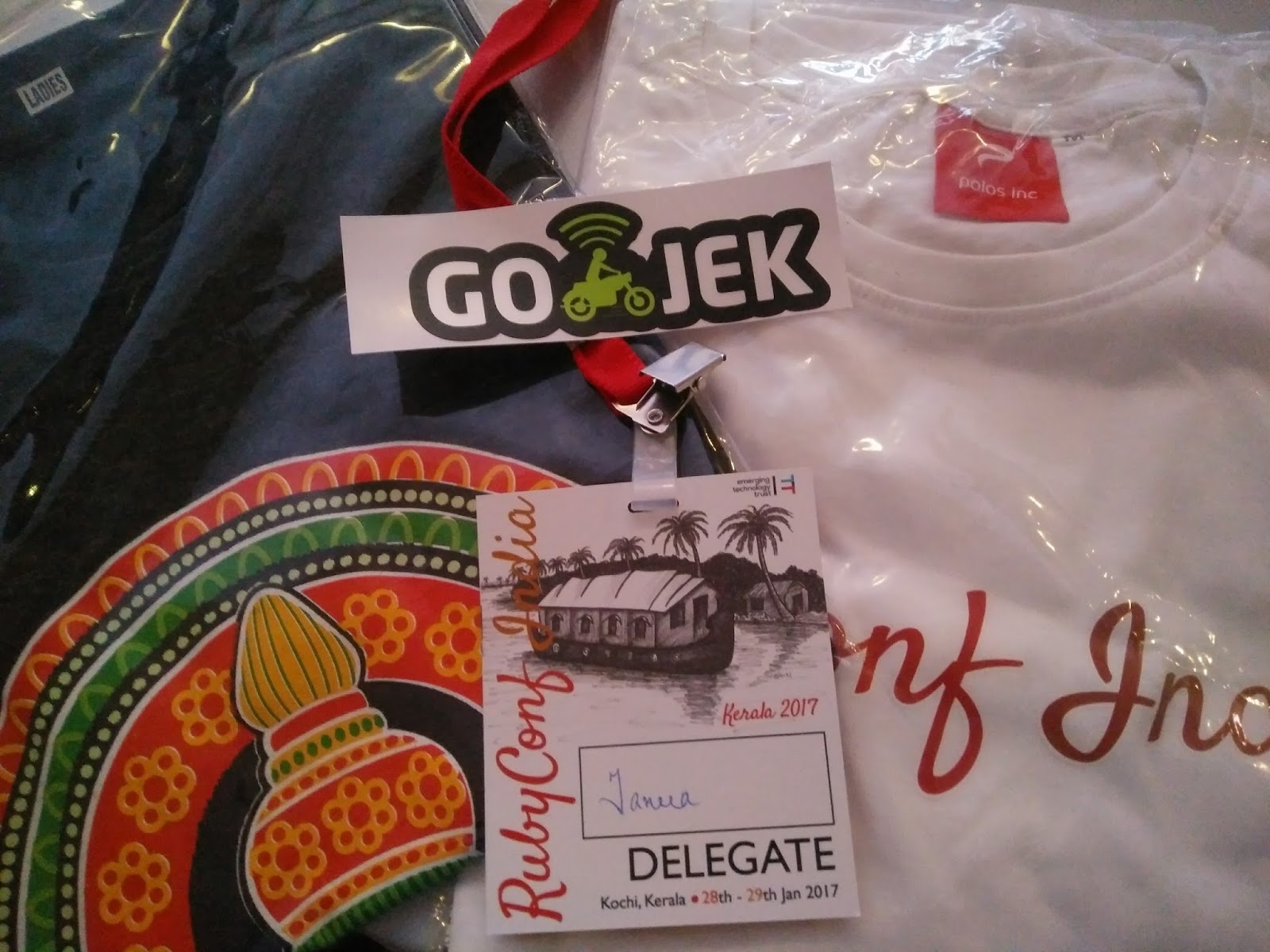 All of our swag at RCI17! (Photo: Team Twitches)

The eighth edition of RubyConf India was held in Kochi, India from 28th - 29th January, 2017. It was a 2-day affair packed with speaker and lightning talks amongst networking sessions. We were invited as student scholars — all thanks to the amazing RGSoC team! Onto the highlights from our visit! 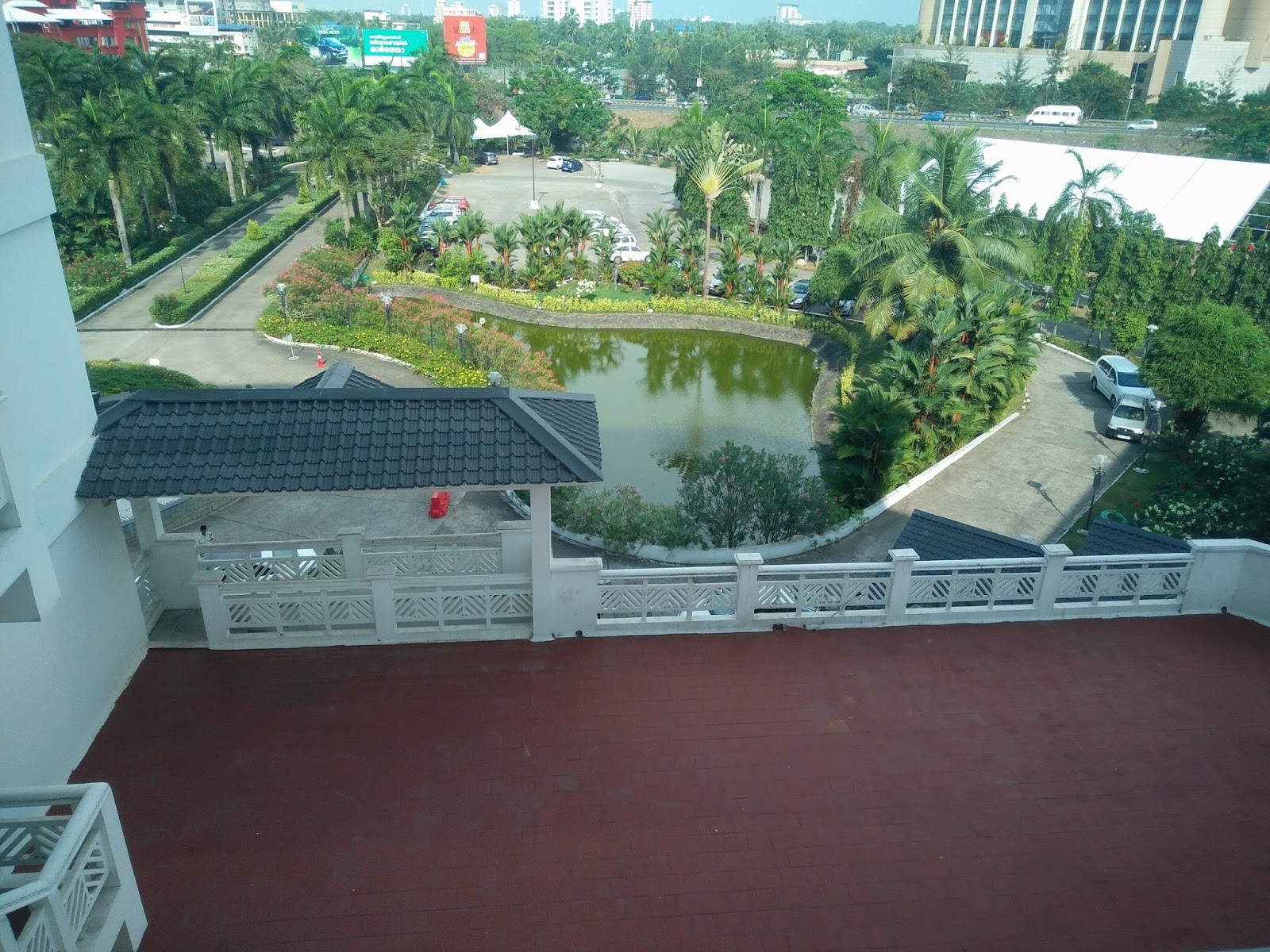 The conference was held in God’s own country — Kerala, which is named that because it is quite possibly one of the most beautiful places in the entire world. The palm trees and flowing rivers are some of the many elements that add to the beauty of the place, and the venue for the conference, Le Meridien, was nestled between the city and the backwaters. We were lucky enough to get a room facing them. We could swear it seemed as if there were diamonds in the lake, it glittered so at night! Check out the view:

Kochi in the rain is even more beautiful! (Photo: Team Twitches) 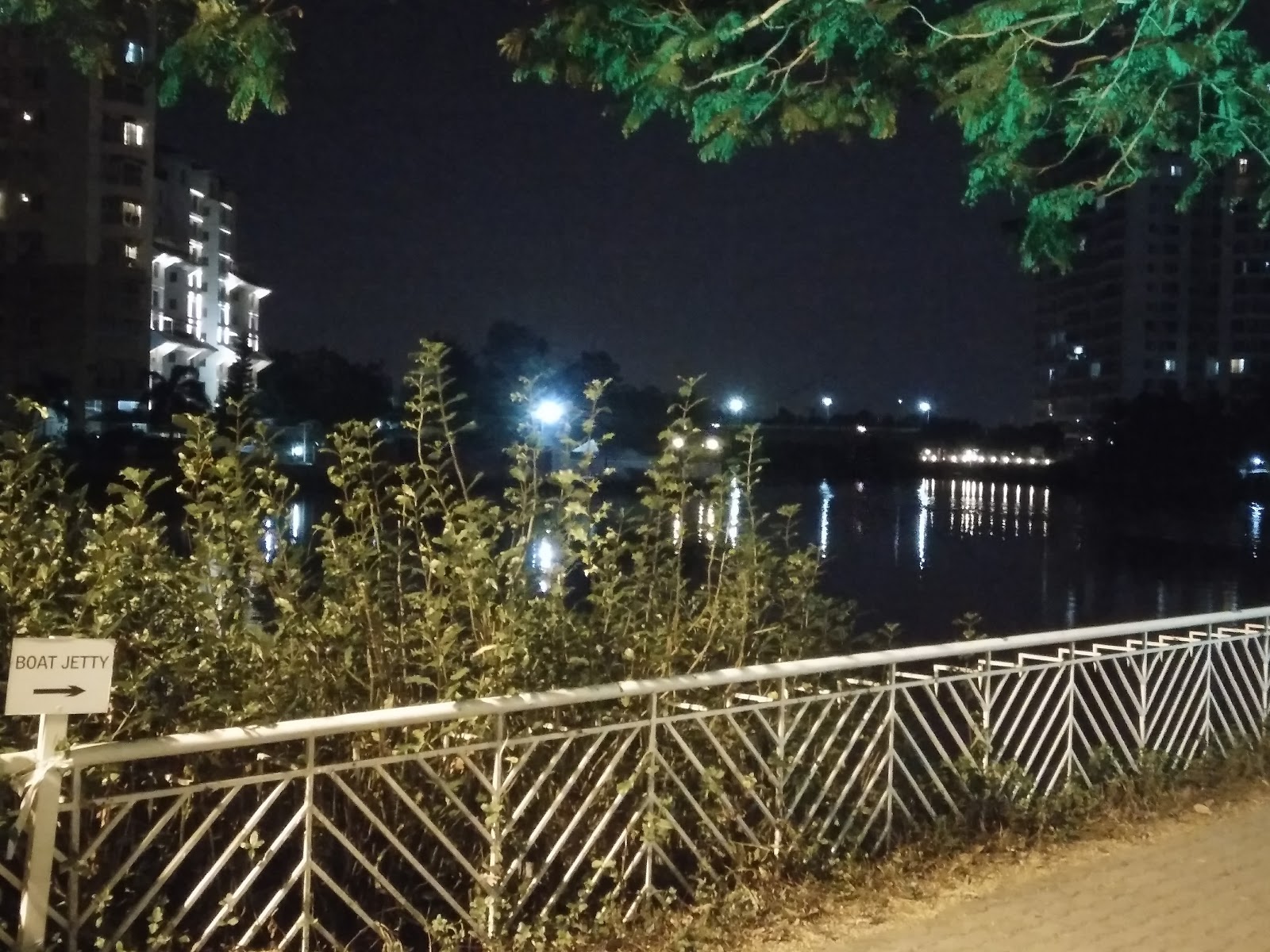 The starry night and the starry lake! (Photo: Team Twitches)

There was plenty lined up for before the conference. To start with, Red Panthers, quite possibly the most active Ruby community in all of India, had organized a pre-conference meetup for all attendees. The meetup started like any other meetup would (read the projector stopped working, the laptop wouldn’t connect, and there was a HUGE delay), with a talk with a an interesting title — Philosophical Tools for Software Engineering by Praseed Pai. It was an interactive session as well as an enlightening one. This talk was followed by one more on effective ways to build chatbots. 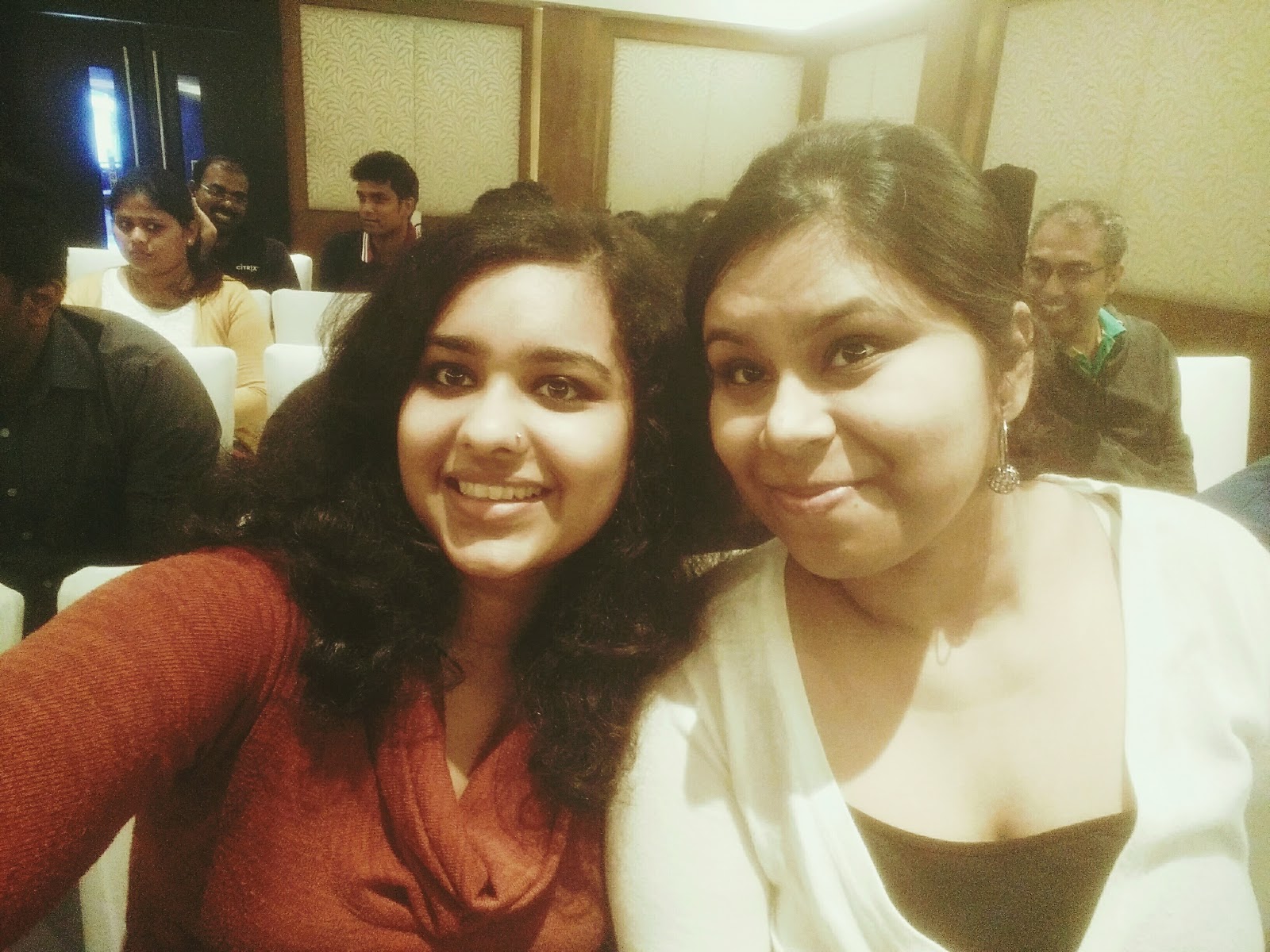 And this is us at the pre-conference meetup! (Photo: Team Twitches)

After the talks were over, a networking session for all attendees of the meetup and conference was arranged. 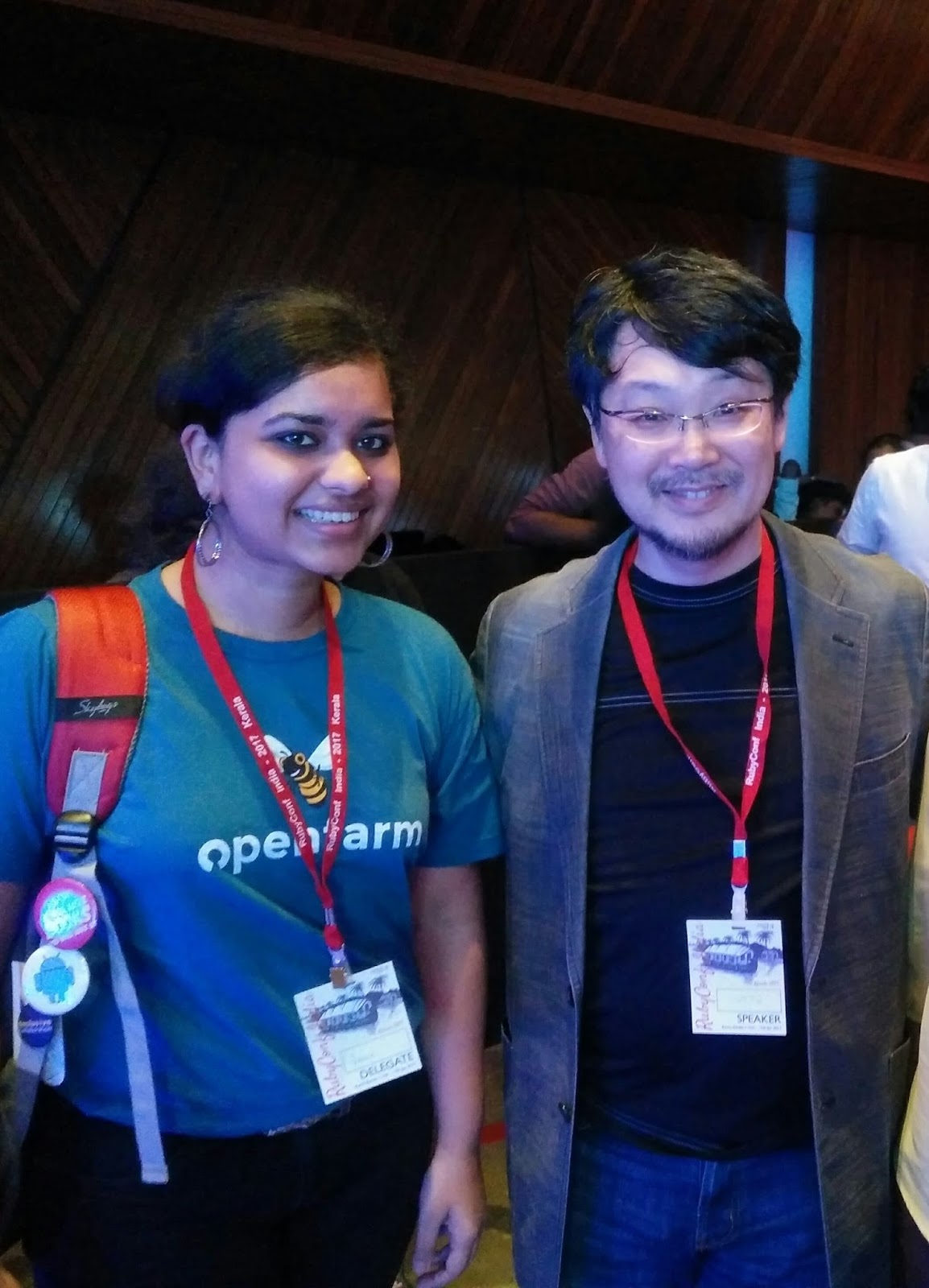 1st day of the conference:

The conference kicked off with a keynote by the Ruby creator himself — Yukihiro Matsumoto (popularly known as Matz), where he stressed upon the importance of a community for programmers. The day went by with more enlightening sessions by a variety of speakers from India and abroad. With each new speaker came a new perspective, a new technique, a new way to code. We were so filled with information, we thought our brains would explode! As the day neared an end, the time to present came closer. 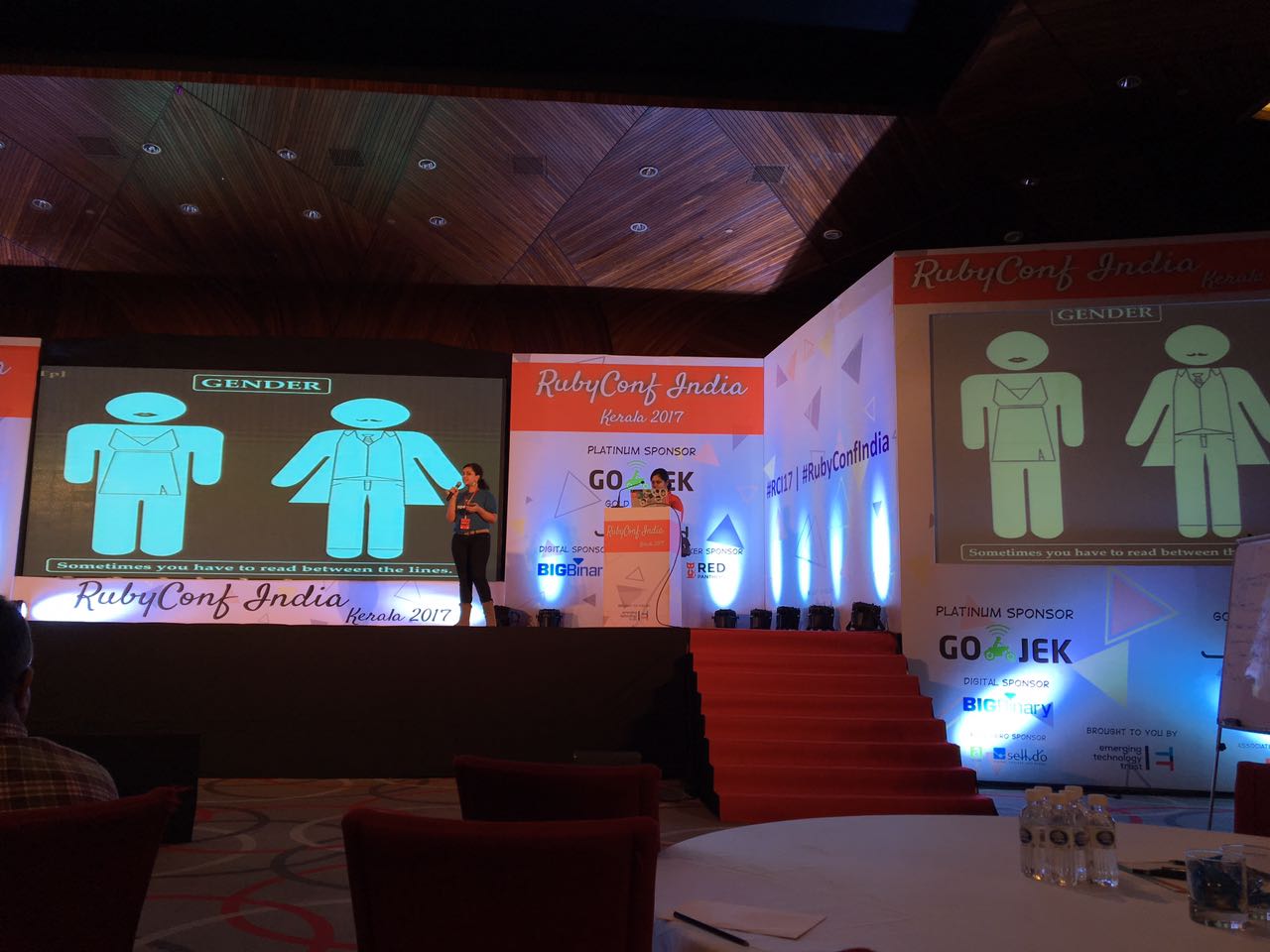 Our Talk titled "What Does A Programmer Look Like?" (Photo: Team Twitches)

Our lightening talk was called ‘What does a programmer look like?’ Since we couldn’t speak for more than 5 minutes, we had decided to make the talk an impactful one, highlighting the our experience in the Rails Summer of Code, and the most important of all — the need for diversity in tech. We also introduced the Rails Girls New Delhi chapter that we’d initiated in our city, and we received an appreciative applause from the audience. It was a truly nerve-wracking experience, but we loved every minute of it! 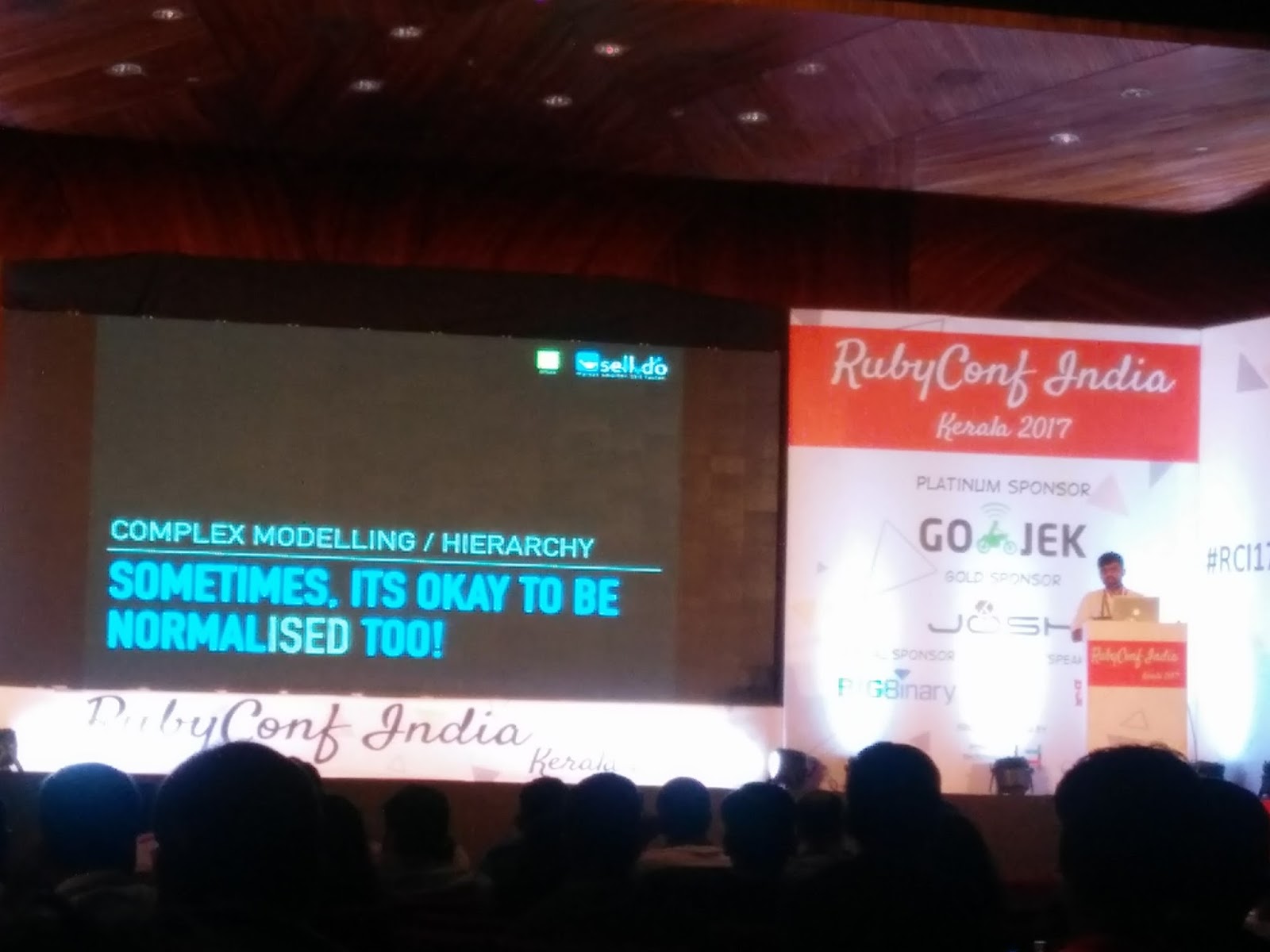 An enlightening talk on the 2nd day! (Photo: Team Twitches)

2nd day of the conference:

The second day was even better than the first. We heard talks about chatbots, skating and sometimes going slow to achieve success. We also golfed and had a blast talking to new people.

The diverse set of people we met:

We can’t even begin to describe the number of people we interacted with at the conference! From other student scholars, to people who lived half a world away, we met everyone! And keeping aside the great amount of laughter and fun, the amount of meaningful conversations we had really helped us gain perspective, and made us aware of the different kinds of thought processes, and the different kinds of problems and solutions that people need! It was a lesson in Inclusivity and Holistic Approaches 101. We were also pleased to meet one of our remote coaches for the summer, Kashyap, who was instrumental in keeping us focused on the goal.

Thank you RubyConf India for giving us the student scholarship and a chance to share our experiences! Thank you, Rails Girls Summer of Code for giving us an experience we could talk about!