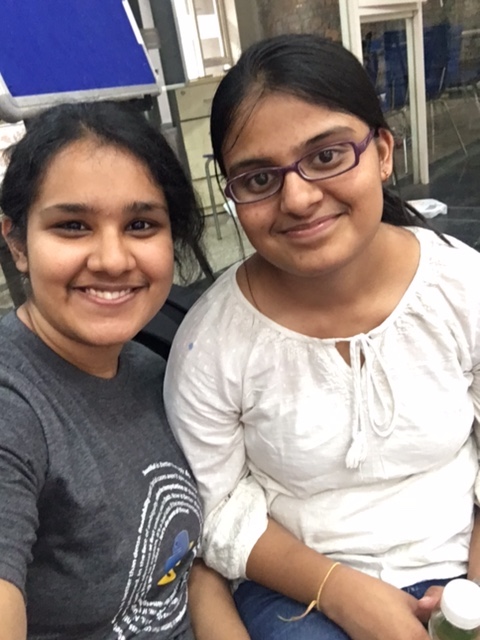 We are Shravika Mittal and Brihi Joshi, a duo from New Delhi, India working on Tessel this summer. It’s been a great experience since and we’ve tried to detail as much as possible 😁

The beginning of it all

As the famous Bollywood dialogue goes:

which means: “It is said…that if you really desire something from the heart then the whole universe will work towards getting you that.”

This perfectly summarizes our journey till July’17, when we started our Summer of Code. Exactly a year back, during the Induction Programme of our freshman year at our institute was when we first met — two confused, scared and shy humans who had absolutely no idea how we would survive the tech world 😰 We formed a small little study group (which often did all things besides studying together) of equally confused, scared and shy humans. We would hang out together in breaks, classes, post-classes and thus, the bond became stronger. Cut to December 2016, when we came across the RGSoC website and within no time, we decided to be a team 💃🏼 💃🏼 Fortunately, there were three teams from our institute in RGSoC 2016, which gave us some initial boost to apply.

It was January 18th, when we were casually scrolling through the list of selected orgs in RGSoC 2017, that we came across Tessel which was at the top of the list. The category tags included JavaScript, Hardware and Command Line Interface — things that both of us were extremely enthusiastic about. Within no time we found ourselves scrolling through its website and joining their slack channel. After putting up a tiny introduction, we were pinged by the project mentor, Kelsey who suggested that we do a video call!

It was a cold January morning on the 20th, when we had our first video call with her. She was so supportive, introducing us to some contribution starters in Tessel, along with the work culture in an Open Source project. It made us more determined to apply, now that we knew Tessel was what we wanted to work on. 🙇🏽‍♀️

Us during Application! (Credits: giphy.com)

It was February 2017 (cracks knuckles) and the application for RGSoC was in full swing. We were still devoid of coaches, which we were in dire need of. We first came across Dana in the RGSoC Google Group, who was kind enough to agree to coach us — all the way from Hong Kong! 🎉 🙌🏼

Us searching for Coaches! (Credits : giphy.com)

The whole of February went in looking for coaches for which we even approached some teams in our University which were past RGSoC scholars 🙆🏽 During this search we got in contact with two of our seniors at our University — Sanchit and Divam. They guided us through the entire application process including reviewing it a several number of times and suggesting what all points to add, what to delete, sharpening the language etc 😎

We met Diksha at a Women Who Code, Delhi meetup. We got to know that she has an expertise in IoT. She willingly agreed to be our guide.

After a long wait, came May 1st, “The” day. It was 6 AM in the morning, when both of us are usually sleeping like logs. And one of us just got up randomly to check our mails, and there it was, “Congratulations…”. At the end of June, we got a mail from the RGSoC Organizing Team that Vaishali would be our Supervisor during the summer. We are glad to work with her for the summer. After a long long wait, we’ve finally geared up to generate the best out of our 3 months here with RGSoC, looking forward to create memories of a lifetime! 🎉 🤗

Us when we got selected (Credits: giphy.com) 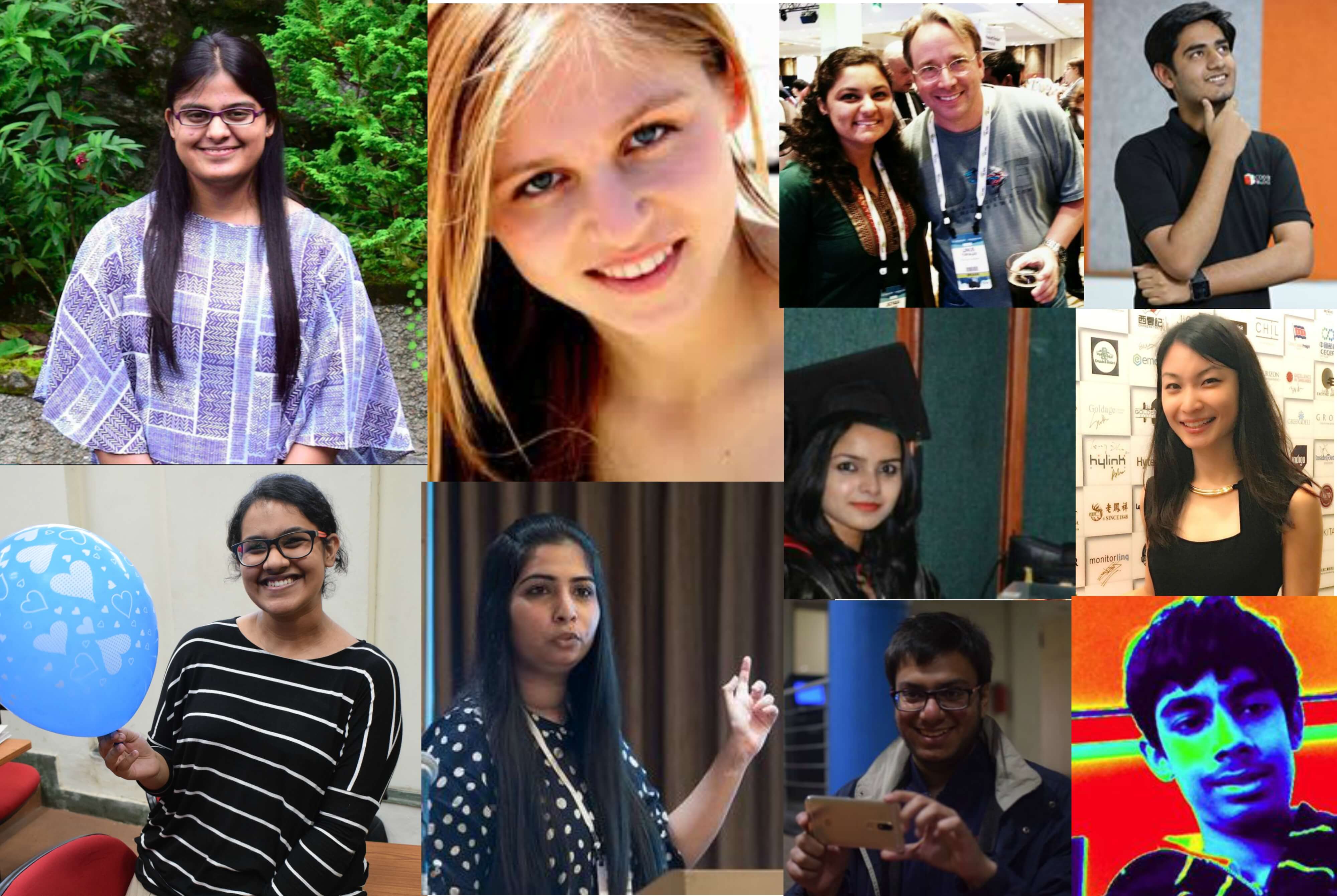 Shravika: Perfectionist is just the word for her 💆🏽 . One year back, she had no experience in programming or anything related to tech for that matter. Not a day goes by now when she isn’t found grilling herself in front of the screen, coding. Music works as a stress buster for her. She is the happiest capturing random moments on her camera.

Brihi: Music is what she thrives on. She tries to add a little spunk and creativity in whatever she does. During her free time she would be found scrolling through memes 💁🏽 , trying out new tech and frameworks or composing a tune. She loves anything that’s caffeine or chocolate. She aims to incorporate more Music in Tech later in her career!

Kelsey: Kelsey is the team’s mentor. She has been at Tessel since its beginning and is a member of the Tessel Project Steering Committee. She is also a neural engineer, a cartographer, a lover of the woods, and an adventurer. Adding to this, Kelsey is a founder of hc3.io.

Dana: Dana is a consultant specializing in healthcare compliance technology. She is located in Hong Kong, and has been actively involved in various programs promoting women in technology.

Jigyasa: Jigyasa is an Open Source Enthusiast. She has been awarded the Red Hat Women in Open Source 2017 award. Adding to her list of achievements, she is a GSoC scholar. She is also the director of Women Who Code Delhi.

Umair: Umair is a full-stack developer with extensive Android and Web projects under his hat. He’s passionate about building scalable products from scratch. In his free time, he likes to contribute to open source.

Sanchit: Sanchit is a budding researcher who aims to help the humanity progress forward by doing cutting-edge research in Computer Science. He has recently completed his undergrad from IIIT-Delhi, and loves to play chess in his free time.

Divam: Divam is a Senior at IIIT Delhi, majoring in Computer Science. His interests lie in Data Science, more specifically Deep Learning. He is extremely fluent in Python and JavaScript and is always up for helping others.

Diksha: Diksha Deo is a technology coach, speaker and entrepreneur. She is the owner of IoT solution provider company called Incubsence. Her endless curiosity and enthusiasm to learn and how everything works makes Diksha a “pro” in uniting digital and physical worlds.

Vaishali: Vaishali is an Open Source enthusiast and works as a Linux Kernel Engineer. She also conducts various Linux based workshops such as “Getting started with the Linux Kernel Hacking” to introduce new programmers to it.

What we want to achieve by the end of Summer

Let's do this! (Credits: giphy.com)