According to their website, dotconferences started with a simple idea, “What if we organized a developer conference with the format and the quality standards of TED?” And indeed, they did ! Attending dotjs and dotcss conference and also giving a lightning talk there was a very enriching experience for me. Anagha, unfortunately, couldn’t attend due to some personal issues.

When I left India, I did not expect to be giving a presentation and the overflow lightning talks was a pleasant opportunity. It was my first talk ever and I hope I did a good job :) 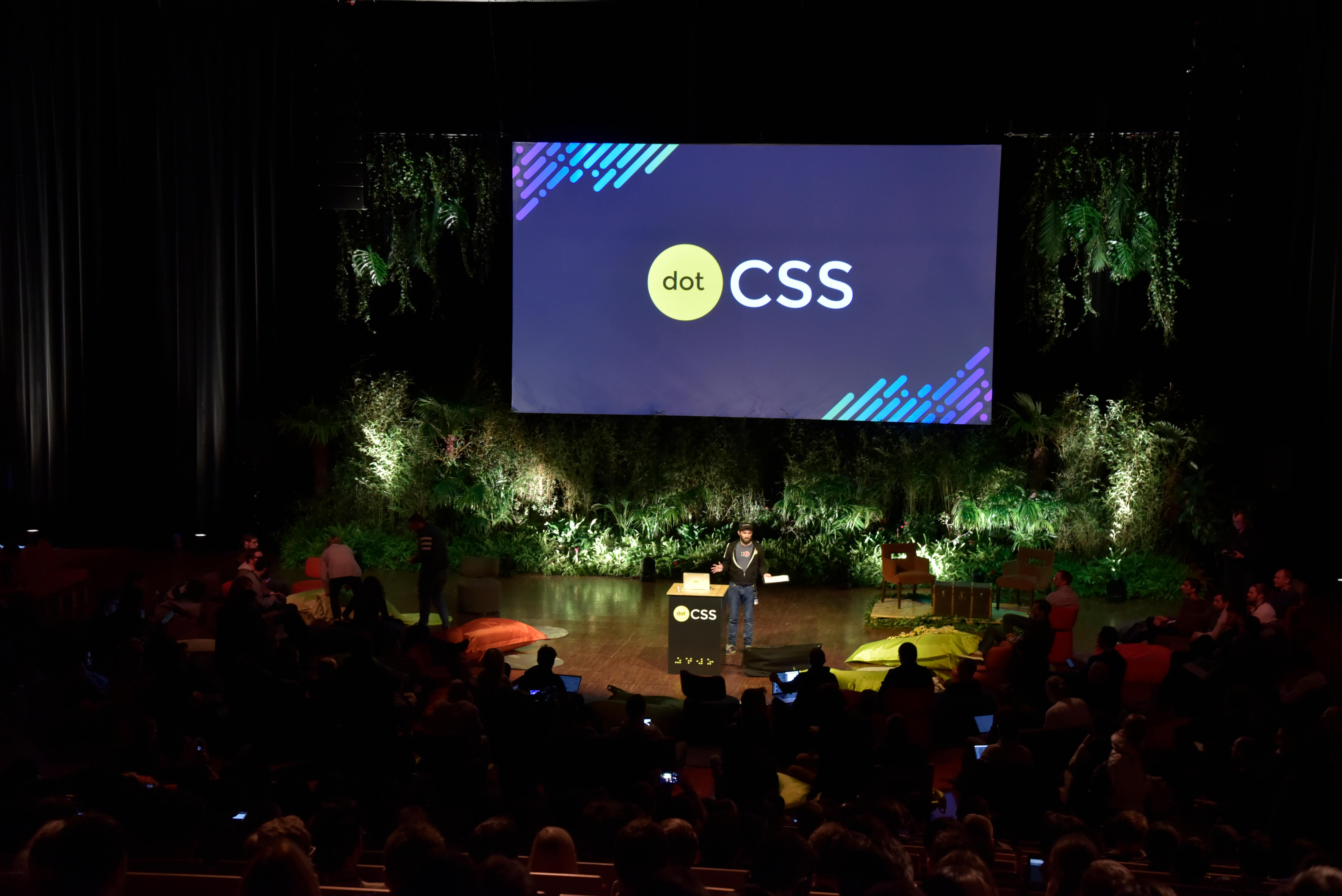 I had with me a small notebook to jot down important points about the talks during the two days. It helped me to be more attentive and now I have a set of mini projects to work on.

The general attitude in the conference was very upbeat and friendly. The extremely wonderful organizers made it so easy for all of us to interact. There were many talks including one on Compilers in styling Web UI. The talk started with the basics like the main uses of compilers and went on to include more complex stuff. I enjoyed the talk by one of the speakers on how we can use CSS to make a search engine. He started by explaining the limitations of CSS and how they can be overcome to do way more than just styling. Definitely, something I’ll do when I get a chance! There was a talk titled Schrodinger’s Website which was basically on the Adobe portfolio and the challenges faced while implementing it. The title was interesting, the talk even more so.

The event included a section on lightning talks. My favourite was one where the speaker demonstrated the making of a “Christmas ball” using HTML, CSS and math. Another talk that was particularly interesting was on Media queries- Level4. It started with describing the features of the previous levels followed by the future, media queries 4 and 5. 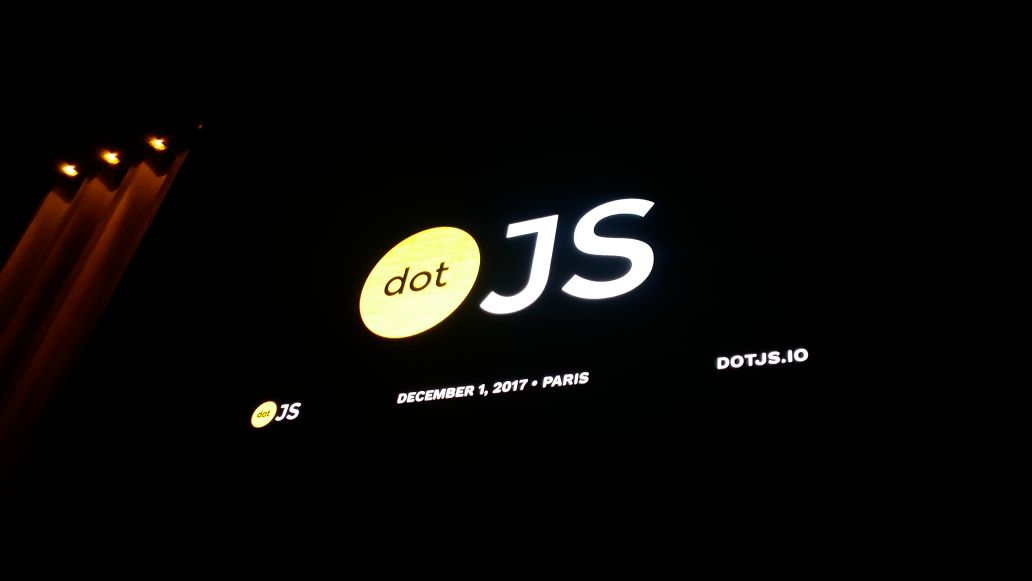 dotJS was way bigger than dotCSS in the sense that there were more people and a lot more companies had their stalls in the venue. I spent some time going around to the companies stall and finding out about what they do. Lighthouse had also put up a stall and I had a fun time analyzing the performance of a small static website that I had put up around a year back. The analysis was on the basis of how progressive the app was, on how the app performed and its accessibility.

There were talks on State management in GraphQL, on Server Side Rendering and on module bundlers. There was even a talk on being evil with JS, which I really enjoyed :) During the talk, the speaker live coded three pop-ups chase each other across the screen!

My favourite by far was by Marcy Sutton, an accessibility advocate. Her talk was on Enabling Users in Client-Rendered Applications.She talked very passionately about how developers generally don’t consider differently abled users while designing an app. The talk was on diagnosing accessibility issues in an app and also elaborated on different tools. 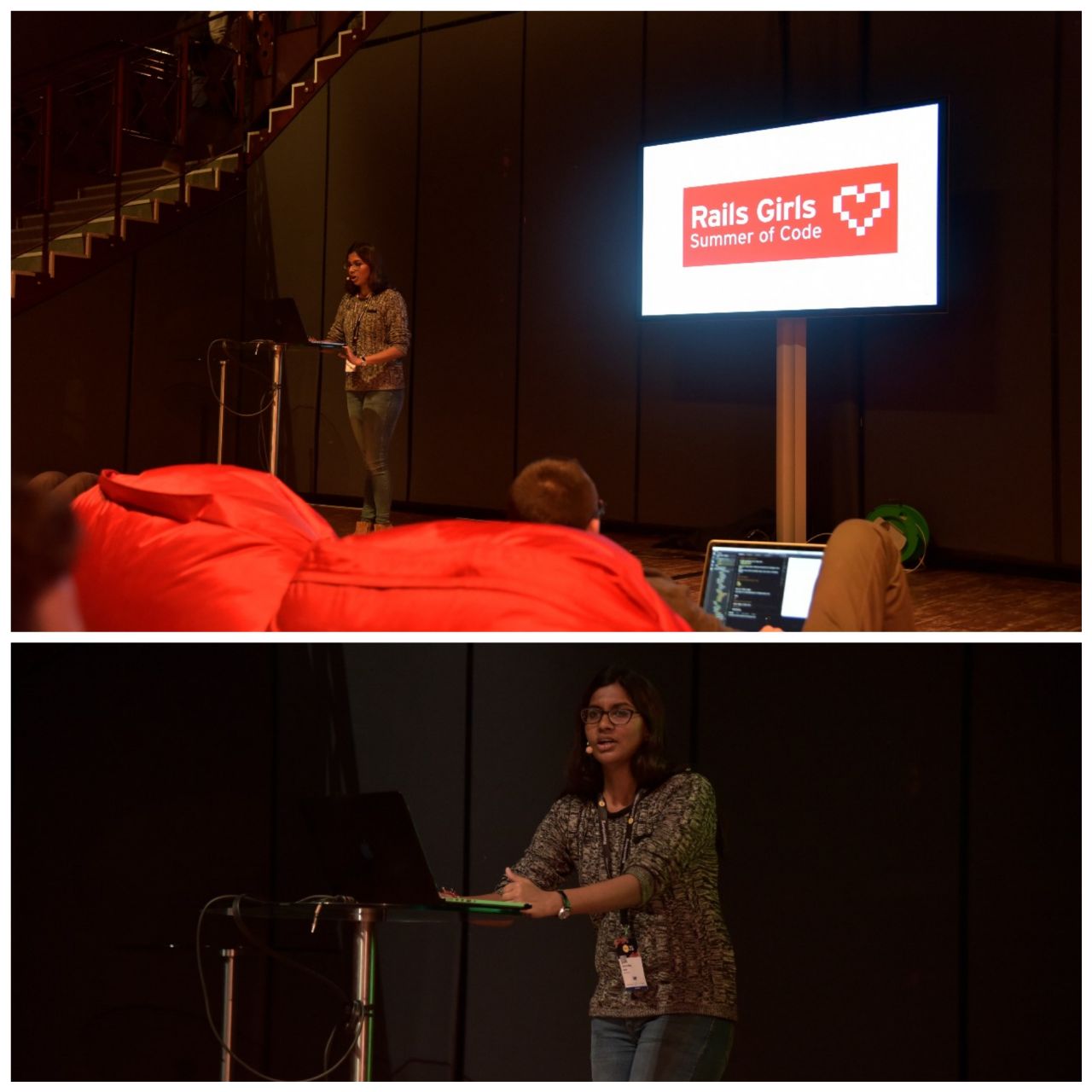 My presentation was a part of the overflow lightning talks. I started off by explaining about RGSoC, about how it works.I talked about the issues we, as a team, solved and the features implemented. The slot as only for about 4 minutes so I had to squeeze everything in. I am hoping that I could get my point across! 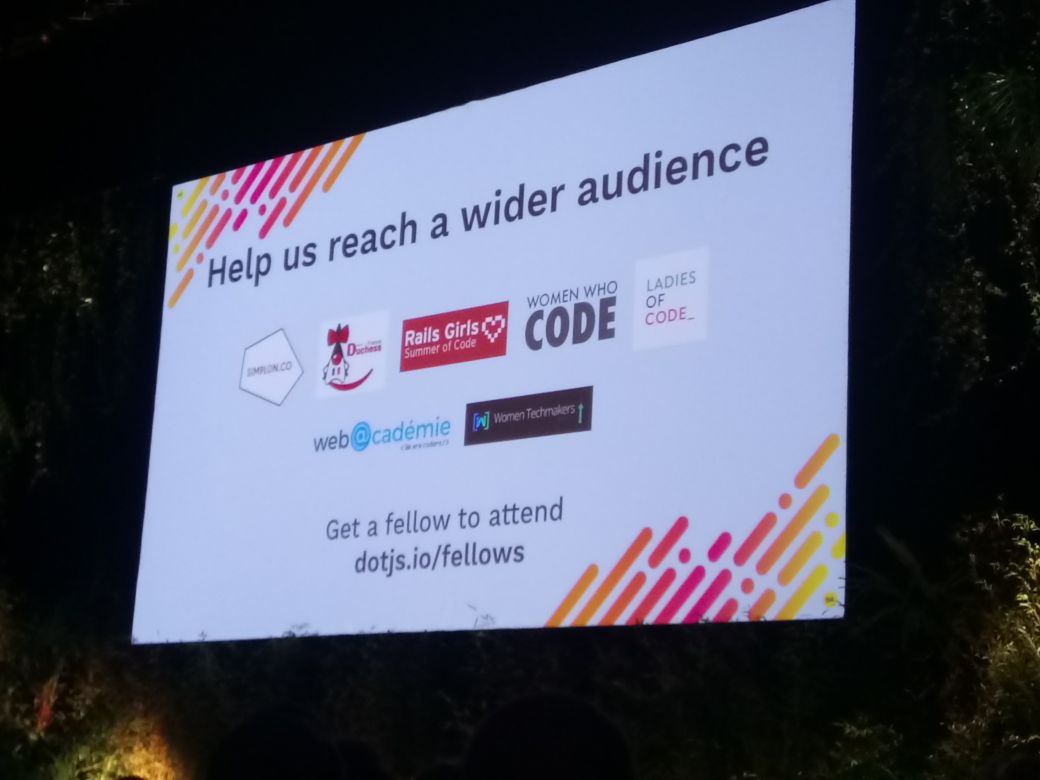 I think the array of talks, the food, the venue and the awesome organizers made the conferences a success. A big thank you to all of the organizers who made me feel really welcome :) Thank You RGSoC and thank you dotConferences !