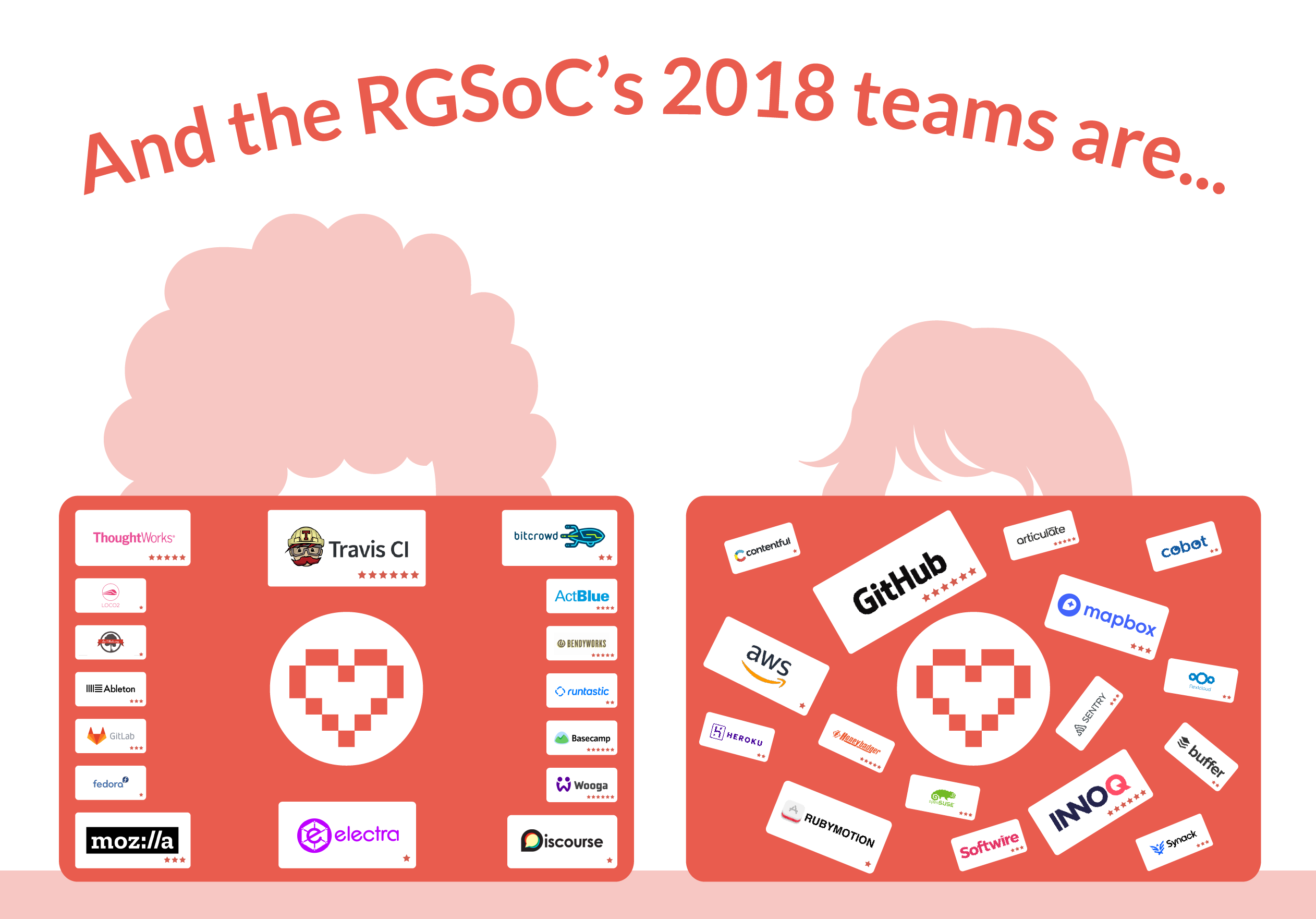 And the RGSoC's 2018 teams are... (illustration by Ana Sofia Pinho)

And that’s a wrap! The crowdfunding campaign is officially closed — this means that any money we receive from now on will be used to sponsor next year’s teams — and we are now ready to announce the all of the teams that will be part of RGSoC 2018!

Before we dive into any details regarding this year’s teams, we want to give a heartfelt thank you to all the individual donors (some of you even donated more than once!) and the new sponsors that joined us in the past few weeks. 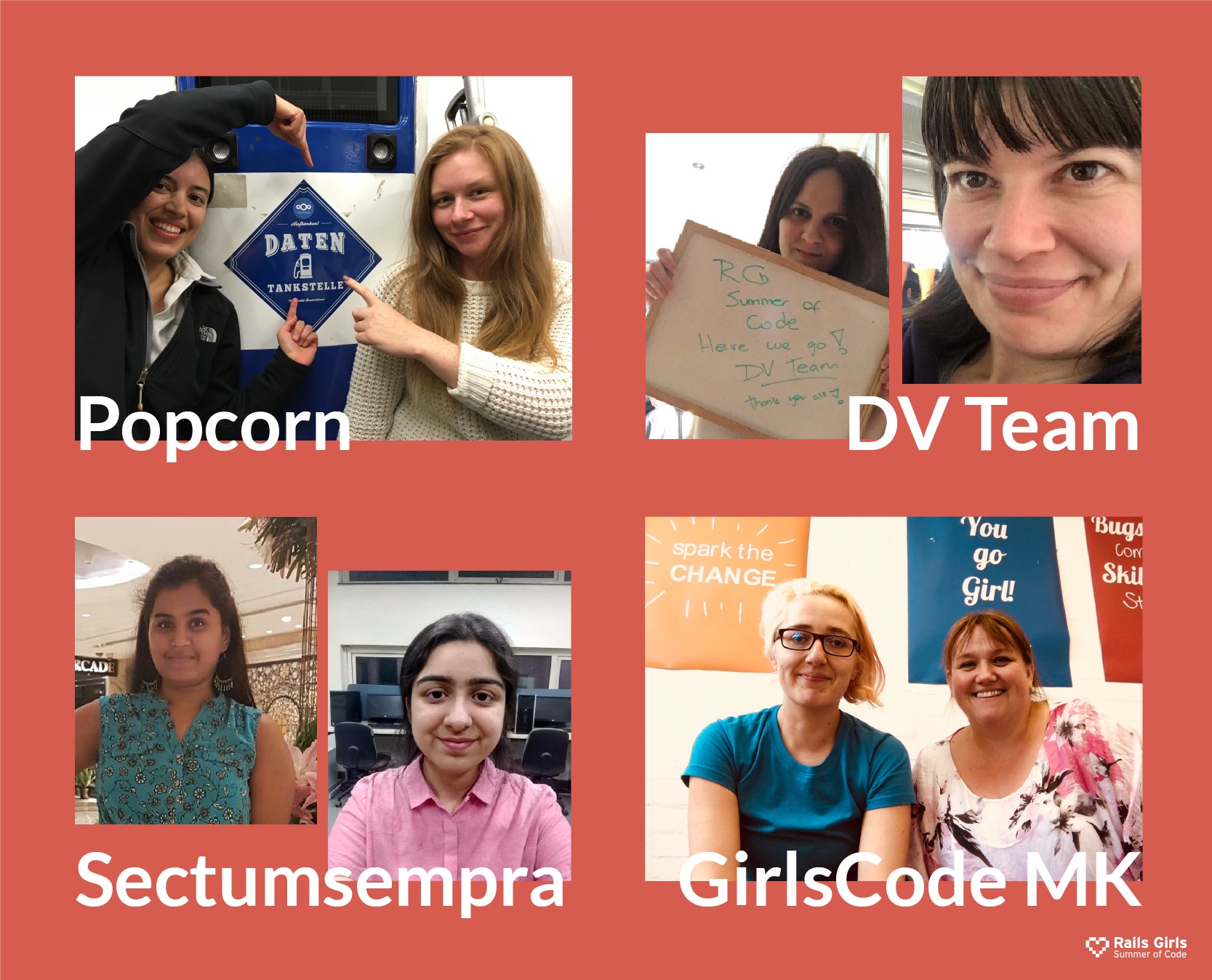 As you know, we have already announced a cool batch of teams some time ago and last week we revealed that we were able to add Team Popcorn as well. The great news is that during the past few days we raised enough funds to sponsor another 3 teams: GirlsCode MK, DV Team and Sectumsempra. This means that RGSoC 2018 will sponsor 13 teams (7 full-time and 6 part-time) from 9 locations.

Thank you again for all your support. Now let’s start the countdown for the Summer of Code!

101 Days of Summer (Nupur and Paavini)

$we init (Akshita and Rahmeen)

Thanks to all of the sponsors and individual donors! (image by Ana Sofia Pinho)