The Journey of a Thousand Miles Begins with One Step

And here’s how the journey of Team Rubies started!

Atibhi had just started learning Ruby on Rails and was googling some random error, when Google redirected her to the official page of RGSoC. She started reading up on it. The more she read, the more convinced she became that she had to apply to this program !

The next step was finding a teammate. She messaged a few people and Prateksha seemed the most interested ! She was her immediate junior in college and was enthusiastic about exploring new avenues.

Together they embarked on the journey of becoming RGSoC 2018 scholars. 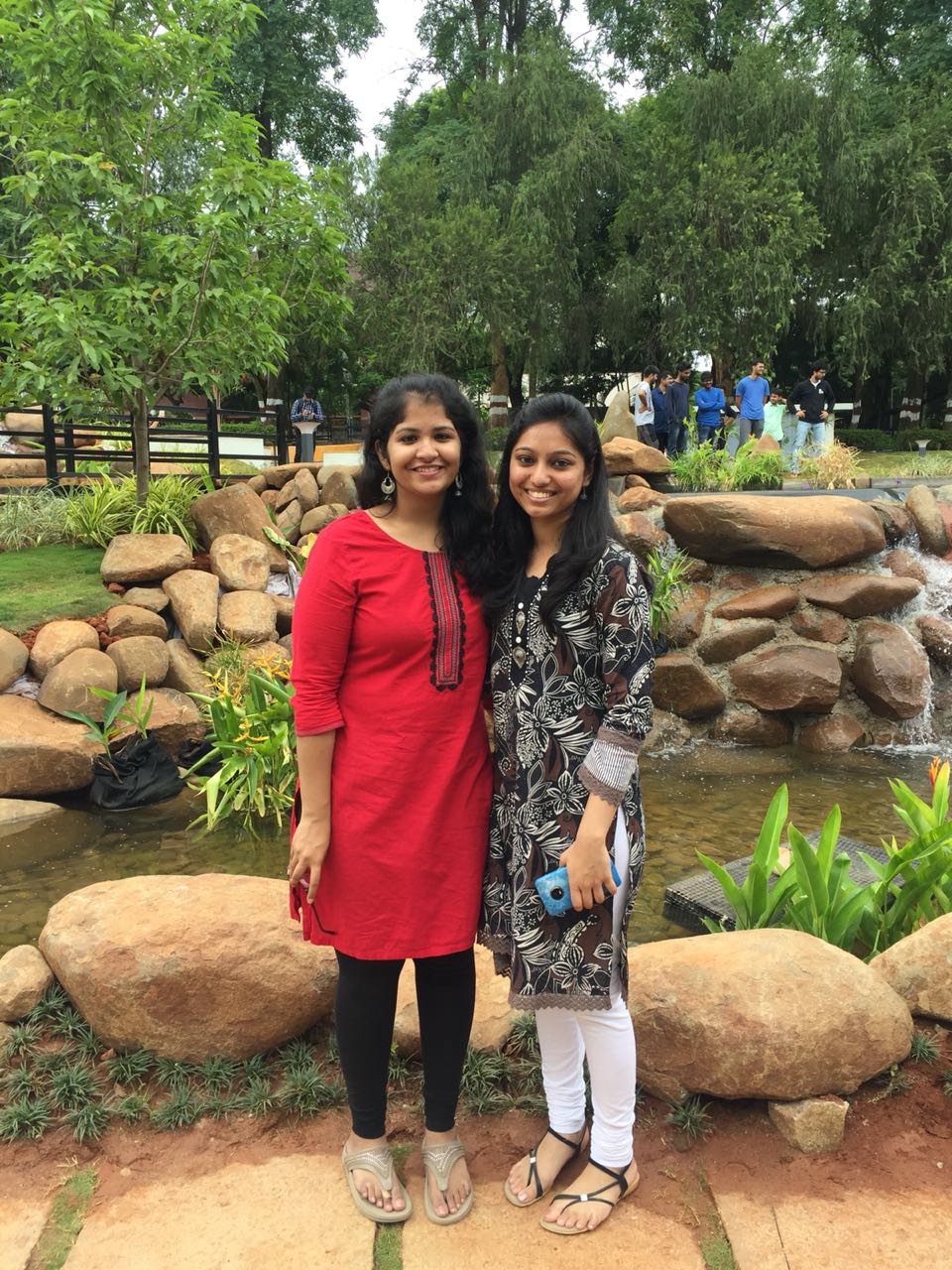 Atibhi & Prateksha - They are enthusiastic ECE undergraduates from IIIT Bangalore, India. They are working on if-me this summer which is a community for mental health experiences.

Atibhi is a 3rd year Undergrad student who thinks she is Monica Geller’s real life version. She has lost over 30kgs and can be found reading or coding if she is not worrying about how to become fitter. She is happiest when travelling. She makes sure she knows the historical background of a new place before she visits it and can spend her nights at museums. An electronics student by day and open source contributor at night, she hopes to someday combine her love for hardware and software !

Prateksha is a 2nd year Undergrad student, who can be found humming a tune or dancing to one if she isn’t coding. Solving algorithms keeps her engaged in her free time. She loves shopping and exploring new places. She enjoys meeting new people and interacting with them. It amuses her to know about different cultures and ideologies. Apart from this, she loves organizing and volunteering at events.

They had found each other but now they had to find coaches. They found four awesome coaches.

Aditya T - Aditya is their senior at college. He is specialising in Pattern Recognition and Signal Processing. He is presently an Artificial Intelligence developer for Klarity Law and did his GsoC 2017 with Systers.

Athitya - To the outside world, he’s a Mechie at IIT,Kharagpur. But, with the help of his friends at IITKGP, he codes. He’s a wizard with Ruby and did his GSoC 2017 at Ruby Foundation. He is interning at Intuit this summer.

Gaurav - Gaurav is their super senior at college who interned at Microsoft this summer. He is a coding enthusiast and a proficient web developer. He works on how Machine Perception can help us reach from Artificial Narrow Intelligence to Artificial General Intelligence. He did his GSoC 2017 at Berkman Centre.

Raounaq - Raounaq is a passionate software developer who uses Ruby to express in code what defines him. Apart from coding he played for a football club from Delhi, India. He also likes to travel.

Brihi - Atibhi’s childhood friend, RGSoC 2017 scholar and a person who loves Code, Coffee and Music. Brihi can work with anything that is associated with Data, Machine Learning, and AI. Even though she isn’t their official coach, RGSoC 2018 wouldn’t have been possible without her. From reviewing their application to jumping with joy when they got selected, she has been their biggest supporter throughout the process !

Choosing a project and interacting with the mentors !

They had chosen their project even before the list of official projects had been announced. They were thrilled when their primary choice “if-me” got selected for RGSoC’18. They could relate to “if-me” and wanted to contribute to the mental health community. Here is their first contact with Julia, their mentor way before the official list was announced. 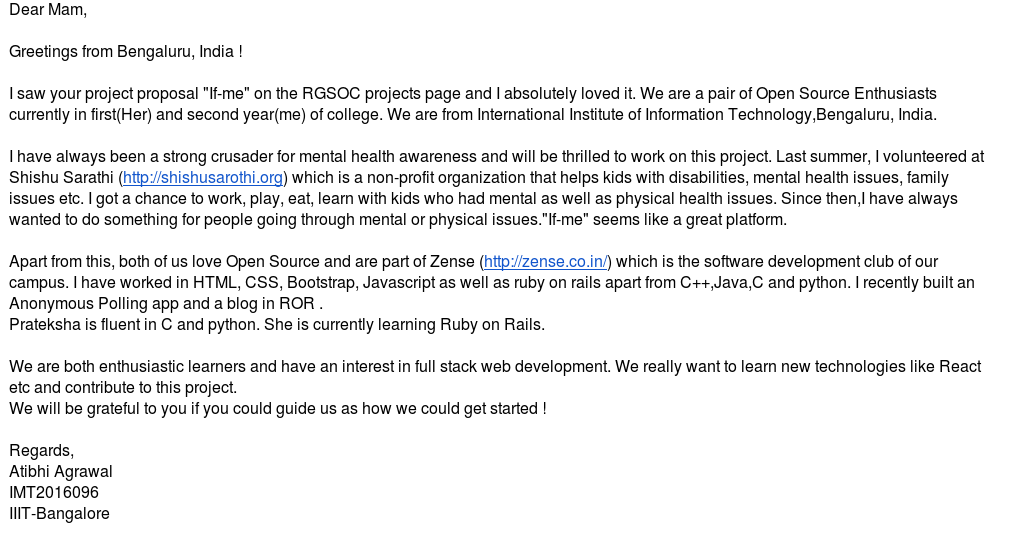 After this, Julia added them to slack. The slack community was amazing. They had previously worked with Ruby on Rails and wanted to start with ReactJS components in if-me. If-me community helped them learn Javascript and then React. By February,they had submitted their first PR. Yes ! It was in React ! Apart from the community being so helpful, their mentor Julia had a unique ritual. She would do weekly shout-outs where she would thank people who worked on an issue or helped if-me in any way. To know that their contributions were valuable motivated them further. Here is how the weekly shout-out looked like !

Moreover, Julia mailed them if-me stickers and a handwritten card ! 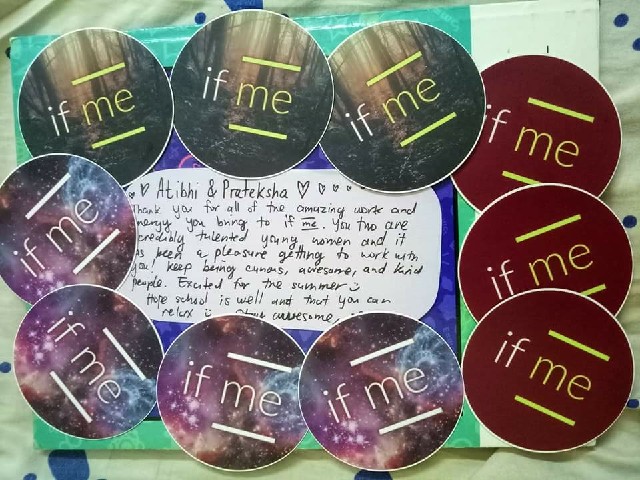 They had fallen in love with the community and were thankful to be a part of it. Being RGSoC scholars to work for “if-me” was just the cherry on top !

Best surprise of their lives !

On 5th April, they got a mail for the first round of interview.This was their first ever interview and they had butterflies in their stomach! After the interview, they had their fingers crossed and were eagerly waiting for the results.

Soon it was the time for results! 17th April was finally here! Both of them were anxious and were continuously checking their mails. At 12:30 AM they received a mail saying that there was another round of interview.

They thought that their first interview wasn’t good enough and this was the final chance for them to redeem themselves. By 19th April they had gone through their proposal multiple times and brushed up their technical knowledge. The interview was scheduled to start at 9 PM and they sat nervously in front of their laptops at 8:30 PM. At 9 PM the interview started. Little did they know that this is what RGSoC meant by “interview”. 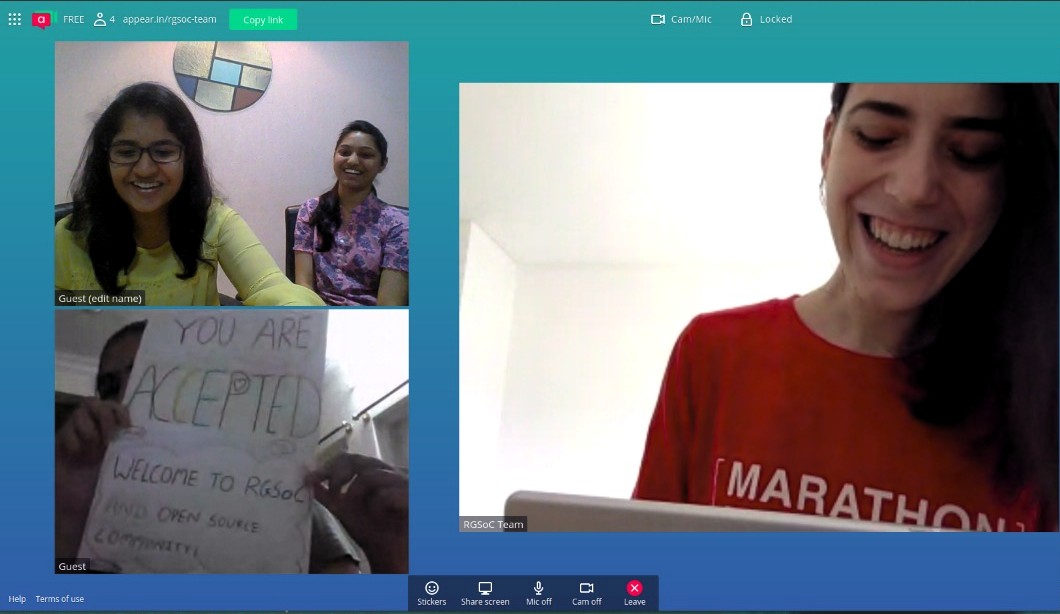 … a dream that they had been chasing for over 4 months had finally come true. It was no interview, it was the final results. The RGSoC team told them via live call that they were selected. 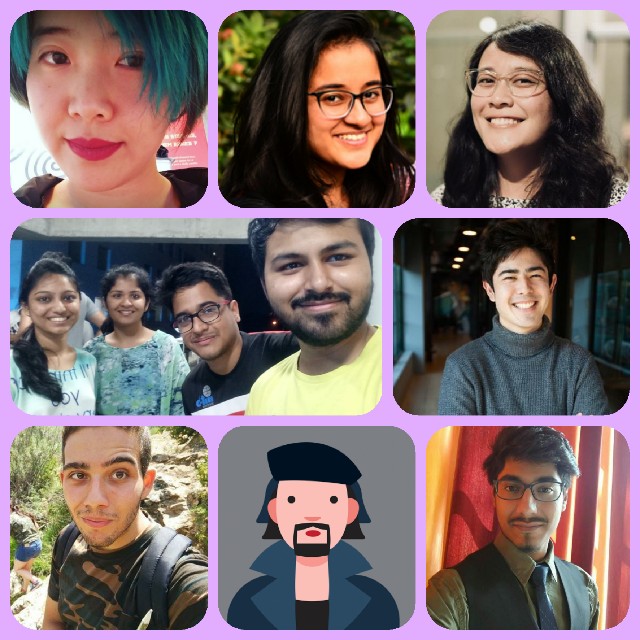 She is the founder of the “if-me”, she started it in 2014 as an undergraduate student. She is a developer and storyteller who loves to be creative in web and mobile development, art, writing, and speaking.

Incorrigible humanist and full-stack web developer excited about interdisciplinary collaboration, open source software, and facilitating supportive team environments. She is helping us with Ruby on Rails.

He is currently a 4th year CS undergrad at the Polytechnic University of Valencia, specifically the branch of Computing and Artificial Intelligence. He has experience in web development, virtual and augmented reality and 3D printing. He is also helping us with Ruby on Rails.

He’s a web developer aiming to build products that deliver value for good causes. He is helping us with ReactJs.

An RGSoC’16 alumni, she’s a Product Security Engineer at Citrix. She is also a Graphic Designer,Pianist, Multilingual programmer and an avid book reader. She wants to use her knowledge to make a change.

Their goals for the summer !

They want make friends from all over the world. They also want to discuss new programming paradigms, gain new insights and knowledge from the open source community.