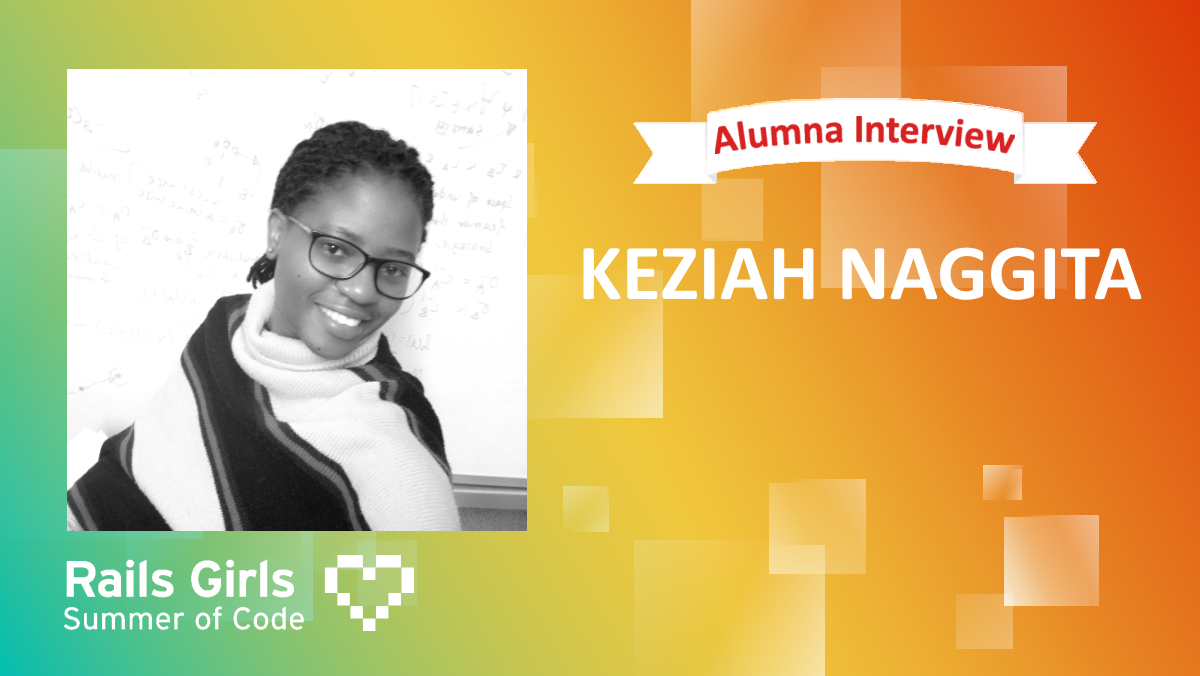 In our new series of Alumni Interviews, we are proud to showcase the interesting paths RGSoC students have gone on to since working on their projects.

First up, Keziah Naggita. As a student in 2016, Keziah worked as part of a remote team on Qutebrowser before going on to coach in 2018. Currently, Keziah is pursuing a PhD in Computer Science at Toyota Technological Institute at Chicago.

I started programming seriously in my second year at university when I interned in the Artificial Intelligence and Data Science lab at Makerere University, Uganda. During the internship, I learnt how to communicate logic using python, which was very interesting.

Which skills did you find most useful during RGSoC?

Writing clean, well-tested code and working with a diverse team.

What challenges did you encounter during the program?

Initially, the big codebase was very intimidating. We patiently and deeply studied module by module to understand the flow and different components of the code, which later made it easier to contribute to the codebase.

Timezone differences were a big challenge because we all had different timezones. Mentors, supervisors, coaches and ourselves lived in different parts of the world. We held several focused meetings, documented our meetings and communicated over Slack to keep communication consistent.

Working with Git is continuously a learning process. Initially, things like making a pull request and squashing commits were a challenge, as time went on, with more and more trials, massive failures and small victories, Git became a part of us.

I am very grateful to RGSoC because this process helped me grow both professionally and personally. And by the time the summer was over, I was more confident in my ability to work with Git, and contributing to Open Source.

How did your participation in RGSoC help you get to where you are today?

RGSoC to me is a reminder of diving into the unknown, moving to unfamiliar territories and making meaningful contributions to the community. At the beginning of RGSoC there were several things I didn’t know how to do, for example, TDD, working with Git and so much more. When I eventually made some significant contributions to qutebrowser, it changed the way I saw myself. I learnt to believe in myself, my ability to learn anything I put my mind to, and trusting the process.

Do you have any advice for new RGSoC students and for women and non-binary people who wish to work in tech?

Believe in your ability to learn and excel at anything. Trust the process, celebrate progress, breath and make wonderful friends in the community. RGSoC avails to you a great support system to fall back on, make use of it! All the great software engineers you see started with “hello world”.