380 applicants, Open Source, and YOU

Last week, on International Women’s Day, we closed our applications for 2017. Since then, we’ve been absolutely speechless at the amount of interest we received from applicants worldwide. ONE HUNDRED AND NINETY APPLICATIONS! Yes, you’ve read that correctly — this year, 190 teams (meaning 380 applicants!) applied to our 3-month scholarship program from all over the world.

You did it! 💪 #RGSoC2017 Applications are closed! We can't wait to read your submissions — all 190 of them 😱 pic.twitter.com/PJ3f7JKDML

This year is our fifth year running the program, and the numbers speak for themselves: since 2016, the number of applications has doubled, and it’s quadrupled since 2015. That’s what they call exponential growth!

More support than ever before

With great interest comes greater responsibility (and more support): in the last couple of months, a small part of our team (mostly just two to three people) responded to a ton of support requests. As every year, most activity happened in the last few days before the deadline, and here are some numbers: 100 support requests on helpscout, 9 requests through Facebook, and way too many to count through twitter — mostly asking to be RT’ed or connected to coaches or the community. Our Google Groups community was also pretty active, with 103 topics posted from different people connecting to form teams and help out applicants. But the most activity happened in slack — our #application-support channel was already buzzing since January 4th (a month before we officially opened up applications), and it was the most active channel of communication to ask questions in: we received roughly 140 requests regarding the application process and our program.

Last minute and all over the world

And, because the best time to submit an application is right before the deadline, the last application to come in before the deadline was submitted at 17:59:45 UTC (that is, 15 seconds before our 18:00:00 UTC deadline). Hats off to that team living on the edge! As always, the applications are scattered across the world, on every continent, with some potential new countries such as Nepal or Albania joining the ranks of countries RGSoC applicants are located in. To get a better idea of all the possible locations of RGSoC teams, take a look at the map below! 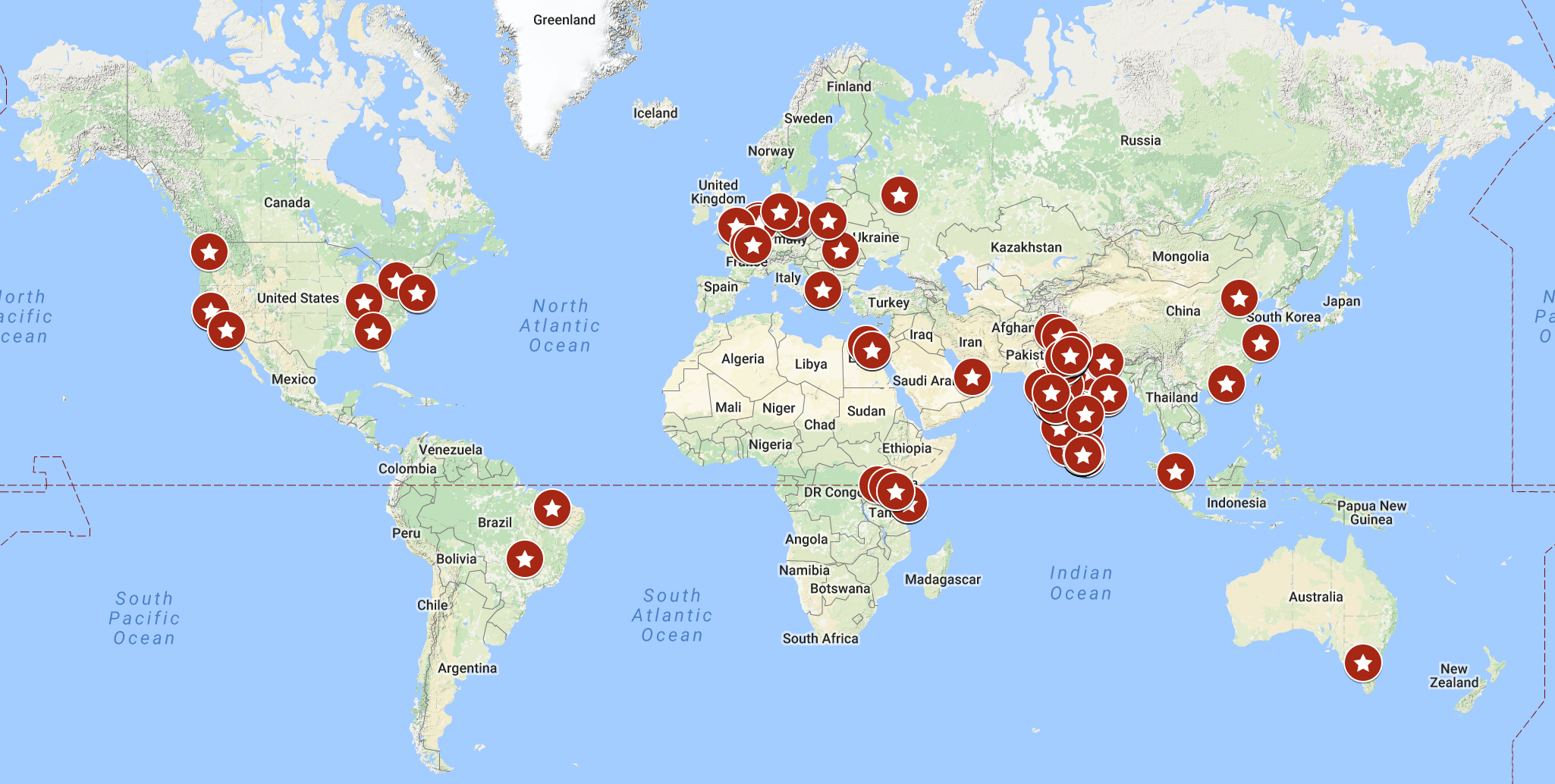 We’ve just finished putting together our selection committee for the year and for the next few weeks we’ll be busy rating all the applications we received. Until then, we need your help! With the funds we’ve collected so far, we can “only” fund 6 teams to participate in RGSoC this year. Our goal for 2017 is to fund at least twice as many, so if you’re as passionate about our mission to bring more diversity into Open Source as we are: reach out to your community, to your friends, and to your company; ask them to donate, support, or sponsor our program, so that we can support at least 12 teams of amazing people!